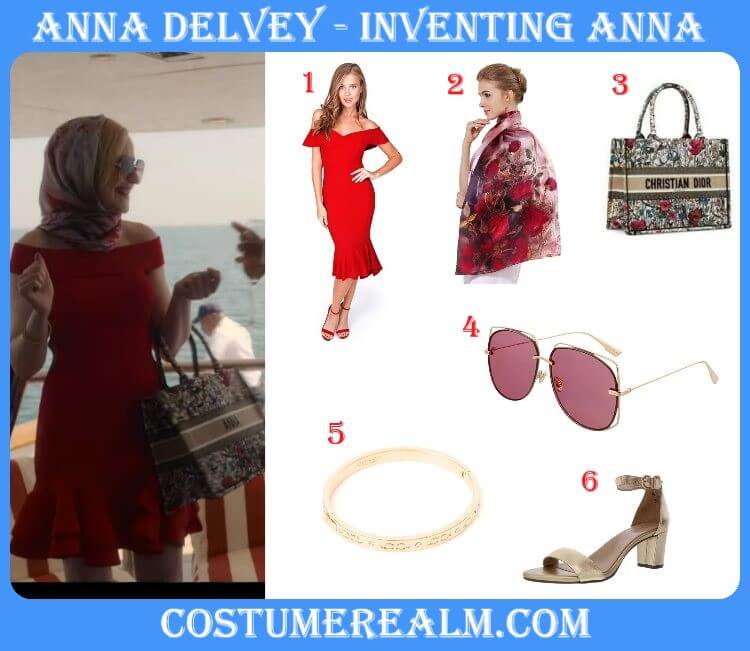 You need the following items to dress like Anna Delvey from Netflix's Inventing Anna:

How To Dress Like Anna Delvey From Netflix's Inventing Anna 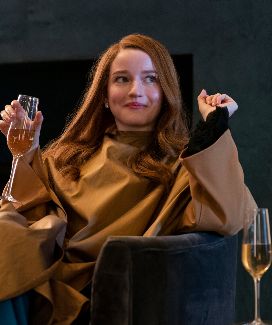 Anna Delvey's Outfits: Anna Delvey's (Julia Garner) most iconic outfit in the popular Netflix series is her red dress outfit. She is first seen in this outfit when she arrives at a huge boat. Her dress is a  red dress with a ruffled hem. The look is completed with a silk scarf tied around her head in Russian style, huge Dior sunglasses, and a Dior bag completes the look. 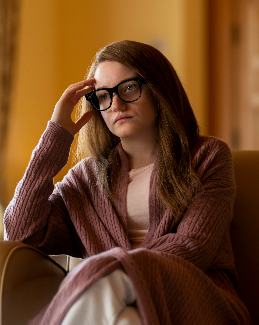 Anna Sorokin is a Russian-German defrauder. For 4 years between 2013 and 2017, Anna presented herself as a wealthy German heiress under the name Anna Delvey. In 2017, she was caught and arrested for defrauding or willfully deceiving major financial institutions. In 2019, Anna was sentenced to 4 to 12 years in jail by the court for attempted grand larceny. Netflix acquired the rights to production about Anna and developed a television adaptation of her story with the title “Inventing Anna”.