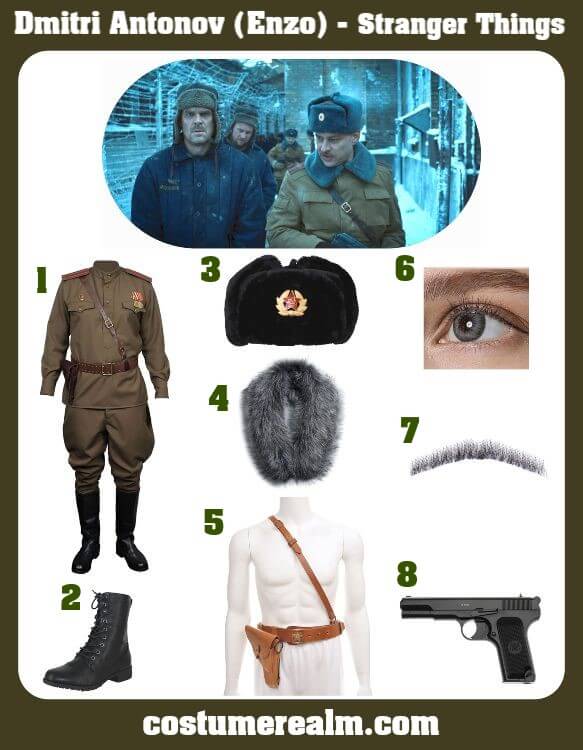 You need the following items for your Dmitri Antonov Halloween costume:

How To Dress Like Dmitri Antonov (Enzo) From Stranger Things 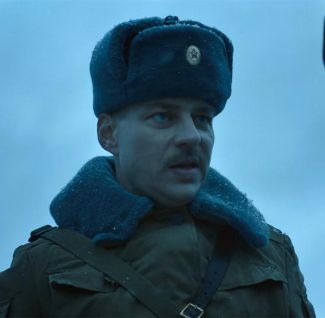 Since Dmitri is a guard belonging to the soviet union, he appears mostly in military clothes in season 4. To dress like him, you need to get the Soviet Russian Military Hat, Soviet Russian military uniform, Faux Fur Collar, leather brown chest strap, holster, belt and military boots. 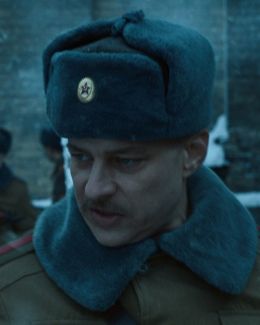 Dmitri Antonov, also known as Enzo, portrayed by Tom Wlaschiha, is a recurring character on Stranger Things, introduced in the fourth season, serving as a supporting actor. He is a Russian who is described as "smart and charming" and the father of Mikhail.

Dmitri Antonov ("Enzo") is a prison guard in Kamchatka, Russia, where the Soviets established a large prison camp.

The camp's prisoners help build a Trans-Siberian Railway and occasionally serve as food for the growing Demogorgon.

Enzo works primarily as a railroad attendant and thus has no access to the Soviets' Demogorgon experiments. However, one can imagine that the Soviets trained the creature as a weapon against the United States.

Aside from his relationship with Yuri — a pilot who smuggles the Soviet soldier's peanut butter — we know little about Enzo's life. At one point he mentions being a father.