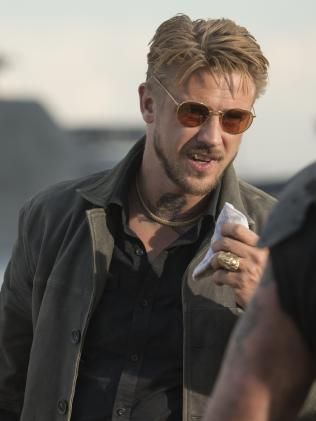 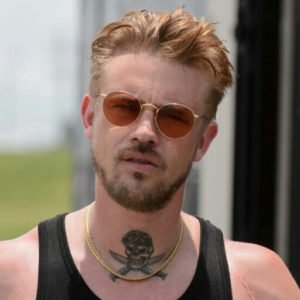 Donald Pierce is a sadistic and heartless executor for Zander Rice and, like his boss, enjoys hurting others. He sets Caliban out of the light and does it just for fun. He also appears in the framework of his duties. Zander Rice to be protected from. He also seems to be the fan of The Wolverine when he tried to work with him and find Laura through him just before the persecution. However he shows no admiration to Logan at all. As a result of his brutal actions, he is slowly and painfully killed by the vengeful mutant children.

Donald Pierce was a cybernetic-enhanced human being, the chief of security of alkali transigers and the leader of the Reavers. Donald Pierce worked for the Transigen Project as the leader of a paramilitary force called Reavers. He led the security department for the Transigen project to create new mutants like X-23. When Gabriela Lopez escaped with X-23, Pierce was sent to track her down. His investigation led him to Logan; He was sure that Gabriela wanted to ask Logan for help and asked him for help.

Pierce led a combined group of Reavers and federal police to arrest X-23 when it was found that she was hiding in Logan's hideout in Mexico, where he lived with the sick Charles Xavier and the Caliban. Pierce led the operation to track Logan, Xavier and X-23 as they fled the area and headed north.

A few days after the persecution, Pierce led the Reavers to arrest the children who had fled the Transigen Project. After Logan destroyed his bionic hand, he released X-24 to fight him. While X-23 fought X-24, Donald shot Logan with a speargun. He tried to pull him away from X-24 in his truck, but was overwhelmed and killed by the children with their combined skills.