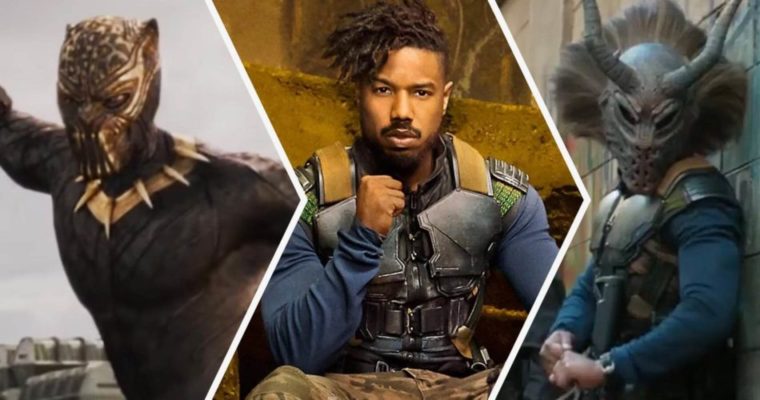 Erik Killmonger is a Marvel comic figure who acts as the main opponent of Black Panther and is played by Michael B. Jordan.

He is an unscrupulous Wakandan warrior, a former American black-op agent and a terrorist leader. Killmonger's father was once a Wakandan who was punished by Wakanda's former King T'Chaka for betraying Wakanda. Not only does Killmonger want to take vengeance, but also overthrow T'Challa and conquer Wakanda and the rest of the world with Vibranium to conquer Wakanda's spy network. 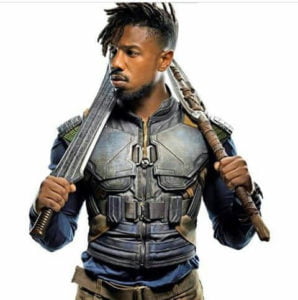 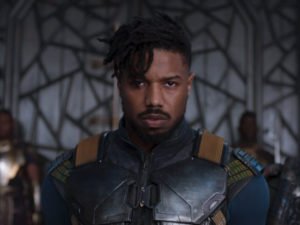 Erik Killmonger was born many years ago in Oakland, California, with the birth name N'Jadaka. His father, N'Jobu, was the Prince of Wakanda, who was sent to the US as an undercover agent and told N'Jadaka stories about Wakanda. He promised the boy to take him there one day and claimed the sunsets It was the most beautiful in the world.

One night, N'Jobu's brother T'Chaka N'Jobu went to his home and confronted his brother when N'Jobu was accused of selling vibranium to terrorists. After N'Jobu's partner Zuri, who turned out to be a spy for T'Chaka, confirmed this, T'Chaka decided to bring N'Jobu back to Wakanda to face the conviction of his crimes. but N'Jobu tried to shoot Zuri and in self-defense T'Chaka killed his brother by stabbing him with the claws of his suit.

Outside, Erik was playing basketball with his friends and saw T'Chakka and Zuri driving off their apartment building on their ship. When Erik hurried back into the house, he found his father dead and had to mourn the death of his father.

Years later, Erik joins the American forces, where he served as a black ops soldier. Thanks to the military, Erik acquires various skills in martial arts, martial arts, firearms and explosive and psychological warfare knowledge. Erik is nicknamed Killmonger for slaughtering and defeating thousands of enemies. After the army, Killmonger and Ulysses Claw form a group of criminals to gain access to Wakanda and Vibranium. The two steal a Wakandan Vibranium weapon from the Museum of Great Britain. Claw attempts to sell the weapon to Agent Everett Ross in South Korea.

T'Challa, however, intervenes with Okoye and Nakia on the hunt for claw. When the Wakandans finally succeed in conquering Claw, Killmonger and his group rescue the arms dealer from custody. During the short fight T'Challa notices the Wakandan Royal Ring of N'Jobu around Killmonger's neck.