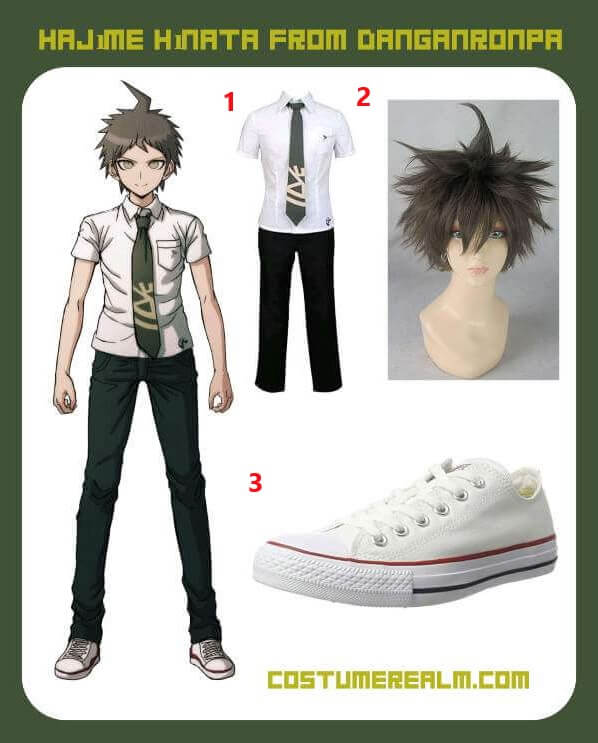 You need the following items for Hajime Hinata halloween costume: 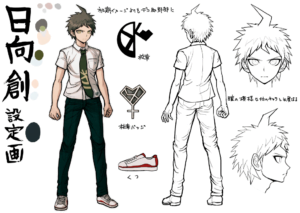 Hajime Hinata is a 77-B student at Hope's Peak Academy and a participant in the Killing School Trip featured in Danganronpa 2: Goodbye Despair. He doesn't remember his talent at the start of the killing game.

Together with class 77-B, he returns to Danganronpa 3: The End of Hope - Peak High School to explore her school life in the run-up to the tragedy.

Hajime has short, spiky brown hair with an ahoge that moves according to his feelings. He wears a plain white shirt with the emblem of his former high school embroidered on the hem, as well as a green tie that also bears the same emblem. He has black jeans and red and white sneakers. During his time at Hope's Peak Academy, he wore a black student uniform that wears the same clothes as Izuru Kamukura's.

In Hajime's eyes, a straight line runs across his pupil that resembles a prohibition sign. Although his eye color is originally green, his eyes turned red with symbols that resemble target radar when he lived as Izuru. His left eye remains red after the two personalities have merged. The design of his two eyes has also adapted Izuru's target radar design.