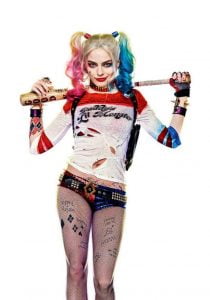 In Suicide Squad, the Harley Quinn looks like a perfect blend of conceptual art. She has red and blue hair, tattoos and some serious face paint. She may not wear a metallic bra or just a loose shirt, but she wears a shabby shirt under her red and blue jacket with lots of tattoos and accessories which give her perfect crazy look. At the end of the day, we have the perfect Harley in an amazing costume

"Seriously? The hell is wrong with you people?"
"We're bad guys. It's what we do."

Dr. Harleen Frances Quinzel is a former psychiatrist who works for Arkham Asylum and is a well-known member of the joker operating under the pseudonym Harley Quinn. After supporting the escape from the Arkham joker, Harleen dove into a chemical silo at Ace Chemicals and reappeared as the Joker's right-wing woman.

Over the years, Harley became a nemesis of Batman, who became known as the Queen of Gotham City in addition to the Joker and in particular assisted in the assassination of Robin.

Quinn was later detained in Belle Reve after being arrested by Batman and recruited into Task Force X, a covert operations team run by Amanda Waller, where she was forced to collaborate with other dangerous criminals in exchange for missions for the government to fulfill their leisure sentence.

On her first assignment, she and Team Enchantress crashed in Midway City, forcing her to serve ten years of multiple life imprisonment. Later, she was rescued by the Joker during a prison break. 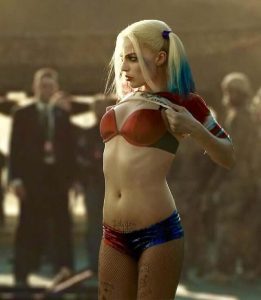