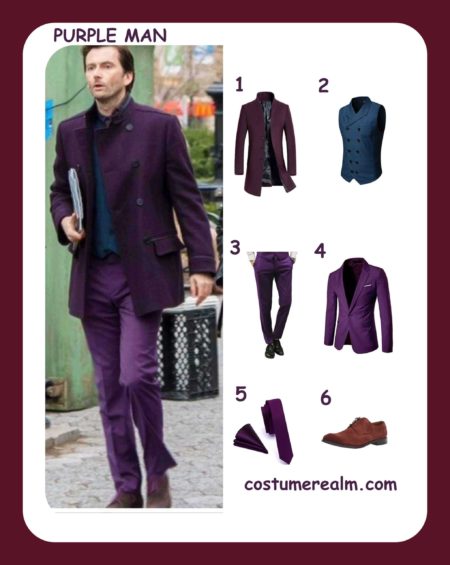 You need the following items for your Purple Man Halloween costume: 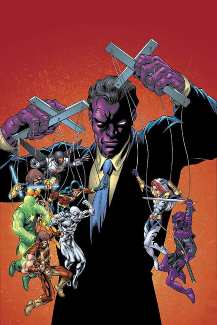 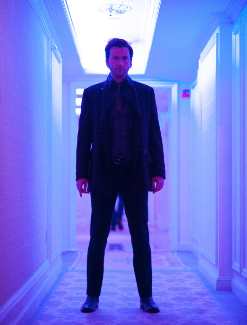 Zebediah Killgrave, also known as Purple Man, was once a Croatian spy who had spied a secret to steal a special experimental nerve agent. But when he was caught, one of the guards tried to shoot him, but failed to hit the tank and hit the gas. The nerve agent colored his skin and eyes purple. When he wanted to be arrested, he said a weak apology. To his great surprise, the guards believed him. After the failed mission, Killgrave realized that he could secrete pheromones as soon as they were inhaled by someone else whom he could control through verbal commands, making them completely obedient. He gave up his career as a spy for terrible crimes, robberies, tried to rule the world. And if that doesn't work, he keeps walking around and forcing people to give him food and shelter.

Kilgrave is a sociopath with an obsessive fixation on Jessica Jones. He has no moral basis and is content to have his victims commit suicide when it suits him. However, he claims that he is not angry and says that he doesn't particularly enjoy killing people. He also vehemently denies ever killing anyone, as he never personally gets his hands dirty.