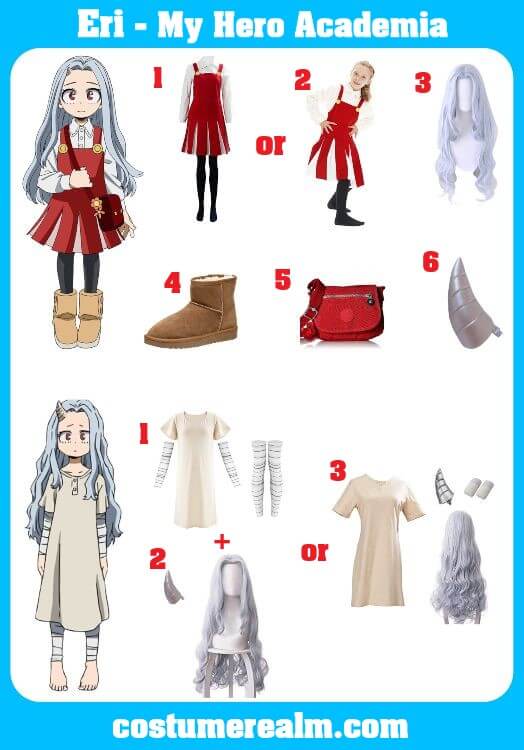 You need the following items for your Halloween Eri costume:

Other My Hero Academia Costume Ideas

How To Dress Like Eri From My Hero Academia 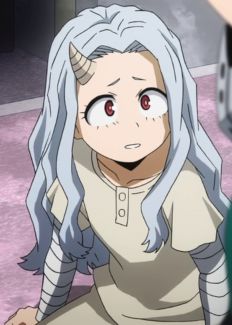 Eri Costume by My Hero Academia;

Eri is a little girl with bluish-cream hair, untidy and unkempt, parted in the middle of the forehead and reaching almost to her waist. A small, brown horn protrudes from the right side of her forehead that grows larger when her Quirk is activated.

In her first appearance, she wears a simple, short-sleeved dress in a dirty shade of brown. Bandages are wrapped around her arms and legs, ending at her wrists and ankles, where she has numerous scars.

After I u.a. is recorded, Eri's outfit changes to a white shirt with a ruffled collar and a plain red apron with two large gold buttons on either side of her chest. Underneath she wears gray tights and a large set of tan boots and a small dark red shoulder bag with a strap that sits over her right shoulder and a small floral pattern on the sides. Her hair also seems to be better groomed and looks sleeker and neater than it was during her time with Shie Hassaikai. 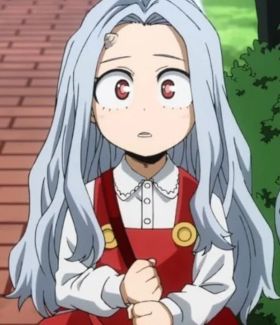 Because her mother disowned her after accidentally making her father disappear with her quirk and the experiments she was subjected to by Kai Chisaki, Eri became an anxious and withdrawn girl who had no one in her life to show her affection. Apparently, Izuku Midoriya's touch was the first time she felt kindness, which overwhelmed Eri and brought tears to her eyes. When murderous intentions are aimed at her, she does not scream or cry, but simply remains silent, knowing that she has no choice but to accept what is happening to her. Although Eris' attempts to resist her abuse and escape from her slowly diminished, she still made numerous attempts to escape from her captors, despite knowing no one to turn to.

However, Eri is willing to let herself go with Kai to protect those who help her as she feels guilty for hurting other people to save them. This is because Kai manipulated Eri into believing that her existence and Quirk are only meant to harm others. As a result, Eri feels strongly and terribly guilty and doesn't want other people to die because of her.

Unfortunately, after being rescued, Eri was still mentally suffering from Kai's influence as she was unable to smile due to her lack of experience of being happy. However, this changed thanks to the events of the U.A. School festival where Eri finally smiled for the first time and expressed her delight at the performance of the Class 1 A Band. After this event, Eri becomes happier with those she is familiar with and slowly adjusts to her new life at U.A.

Initially, Eri still felt negative about her quirk and apologized to her superiors at U.A. if they think it will cause them problems. After Izuku encourages her that Rewind could also be used forever, Eri develops a more positive attitude both in general and towards her power. This enhancement is later shown when she is able to restore Mirio's penetration, telling him not to regret it and that she trained Rewind to bring his power back to thank him while tearing up with happiness.

Due to her upbringing and isolation, Eri is unfamiliar with many common concepts and everyday things. This includes holidays, as she confused Halloween, Setsubun, and Easter with Christmas.