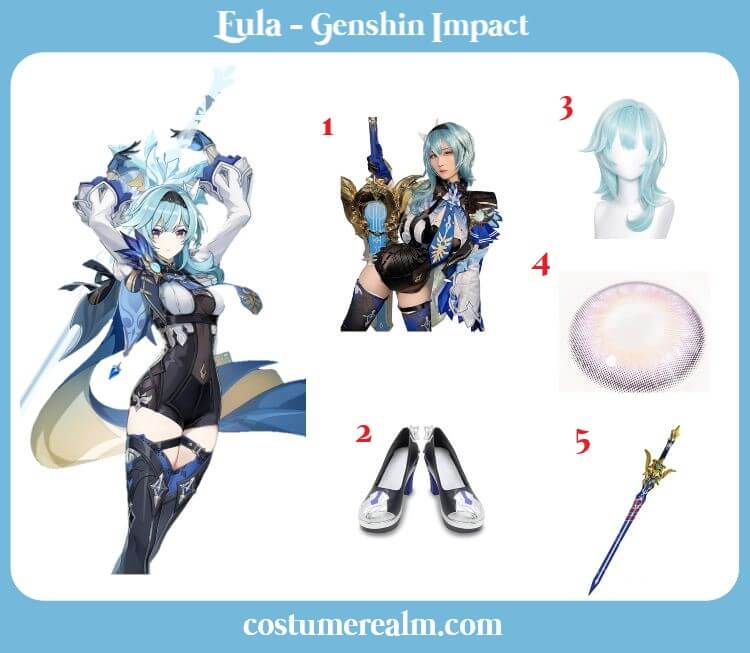 You need the following items for your Halloween Eula costume: 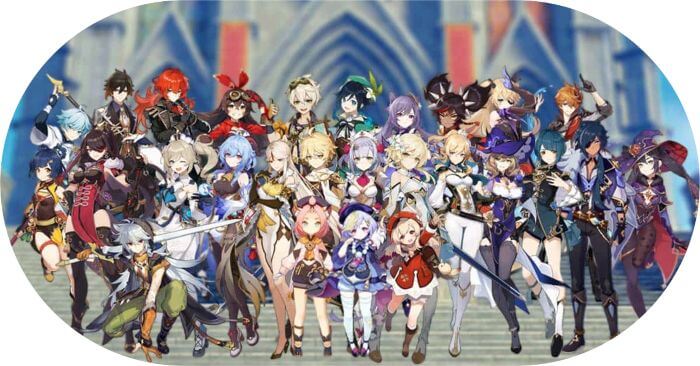 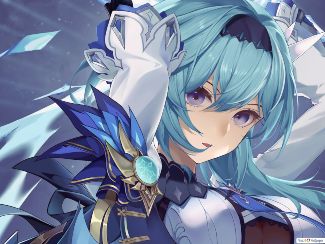 Eula is an elegant woman with a pale complexion and multicolored, heterochromatic eyes that fade from deep purple to pale yellow. She has choppy, unevenly cropped light blue hair. Eula wears a black headband over her bangs and a silver, white, and blue four-pronged bobby pin on her left side.

She wears a blue cloak on her right shoulder to which her cryo-vision is attached. Her outfit, Wavecrest Waltz, is described as consummate elegance, which shines through her neat and elegant knight's uniform. It consists of a black jersey with a silver symbol of their clan on the sides of the lower part and a cut-out back. The torso and sleeves are white and the sides of the shoulders are cut out and fastened with a black belt beneath her breasts. 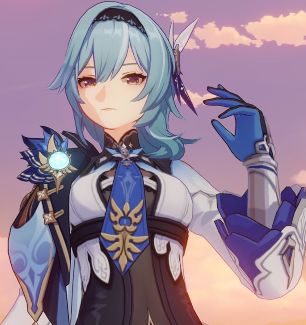 Eula costume consists of many accessories. She also wears a blue tie, a pair of black gloves with blue palms, blue stockings with thigh-high boots accented with silver with an additional strap, silver heels with spurs, and blue soles.

A descendant of the ancient Mondstadt aristocracy, Eula descends from the now-ousted Lawrence clan, notorious for their tyrannical rule over Mondstadt. Because of this unforgotten distrust, she dislikes people who see her as similar to the rest of her clan. She has a habit of declaring "vengeance" on her enemies and taking revenge on them in order to redeem her family name.

Eula is one of the few nobles of the Lawrence clan who realized that her actions against the people of Mondstadt were unjust, and not the other way around. As a young child, she was forced by her family to learn good etiquette as part of an upbringing system so harsh it's considered borderline abusive. Although Eula finds most of her clan's customs abhorrent, she personally enjoys the traditional "sacrificial dance" and incorporates it into her style of "Favonius Bladecraft".

She has stated that if she put Mondstadt in danger, she would not hesitate to destroy her own family, even if she saw fit. While on the outside she still tends to act like a Clan noble, on the inside she is actually a kind-hearted person, which both Amber and Sara reflect.

Despite her family's notorious history, her acquaintances consider her a reliable ally and friend with a unique sense of humor, and they now understand that her controversial statements are just a product of her personality. When someone points out something she doesn't want to admit, she either lifts her chin or puts her hands on her hips.

She is good friends with Yanfei after rescuing her from the Abyss Order who compares them similarly as they are both unbound by convention and solve problems in their own way.

Eula, perhaps because of her cryovision, loves the cool and cold, like ice-cold drinks, which she drinks all year round, which is rather rare for a Mondstadter. She also enjoys bathing in Dragonspine's frozen lakes.

Captain of the Knights of Favonius Reconnaissance Company and renowned Spindrift Knight, Eula spends most of her time out in the wilderness and has earned widespread acclaim as the leader of her team of scouts on patrol. The Knights stationed in the mountains and valleys are often the target of sneak attacks from monsters, but Eula has always been able to resolve these crises with quick support. She has also repeatedly led proactive attacks to destroy the Abyss Order's strongholds and nip their nefarious plans in the bud.