Are you looking for Bloom costume from Winx Club? 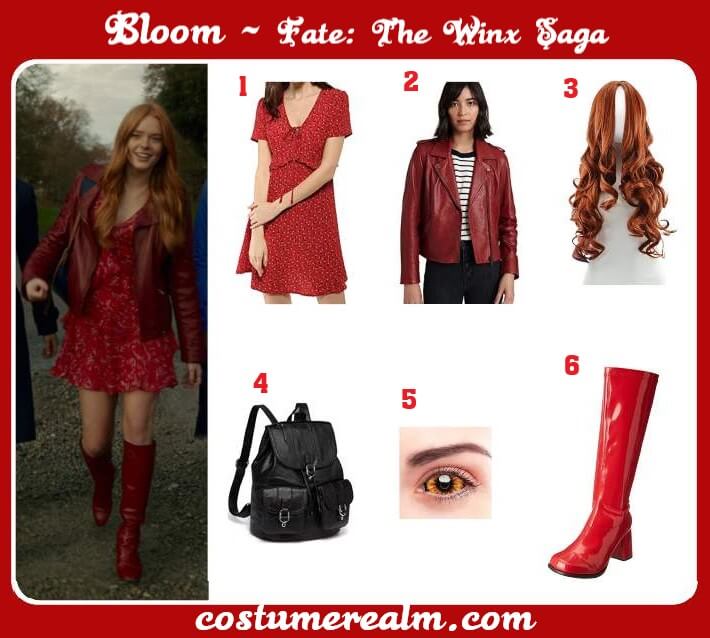 You need the following items for your Bloom costume: 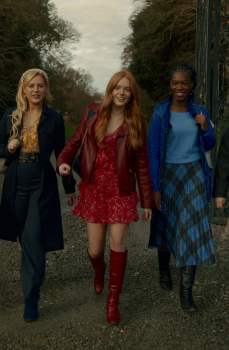 Bloom Dress: Bloom is a young beautiful fairy with a good sense of fashion. She prefers casual yet trendy outfits. She wears a red floral summer dress.

Bloom Red Jacket: You can use a red leather jacket for your Bloom cosplay.

Bloom Accessories: To complete your Bloom costume don't forget to get red knee-high boots and a black backpack, you may also want orange-colored contact lenses if you want to cosplay Bloom in her power mode. 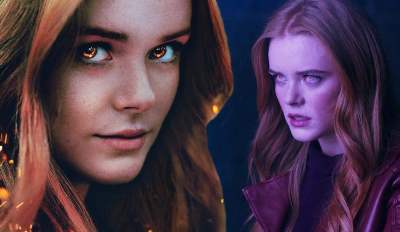 Bloom Peters is the main hero and main character of Fate: The Winx Saga. Portrayed by Abigail Cowen.
A 16-year-old fire fairy from the First World comes to the Other World to learn how to master her magical powers to enroll in Alfea.

Bloom has red hair, blue eyes, and pale freckled skin. She usually wears her hair in either a high ponytail, half up and down loose waves. Bloom's eyes glow orange as she uses her powers.

Before coming to The Other World, Bloom was implied to be a bit introverted, either because of her indifference to parties or her socialization in general. The day she found out she was a fairy was just how strong her anger towards her family had been, which implied she was a bit angry. She is also very strong-willed, loyal, fierce, curious, reckless, and stubborn. Having little or no control over her powers lowered her self-confidence and self-esteem, but as the series progressed she became more confident in herself and her strengths.