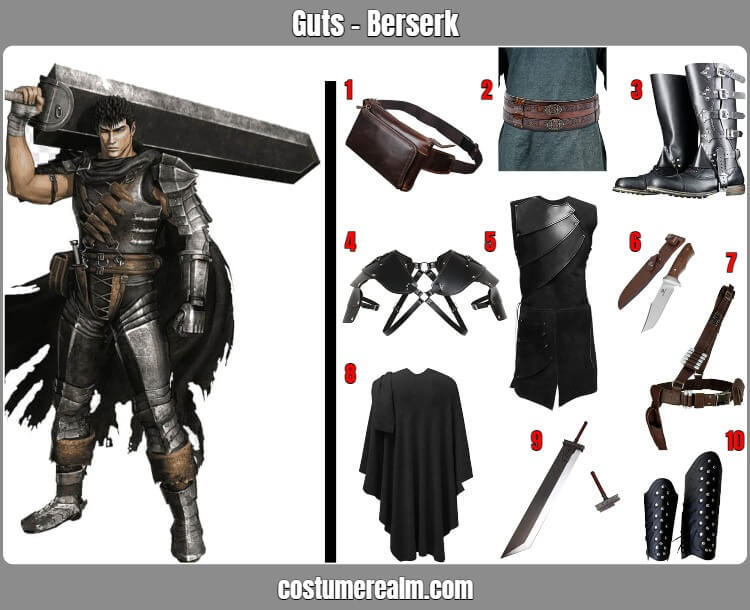 You need the following items for your Guts Halloween costume: 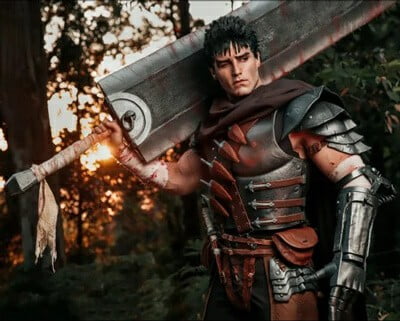 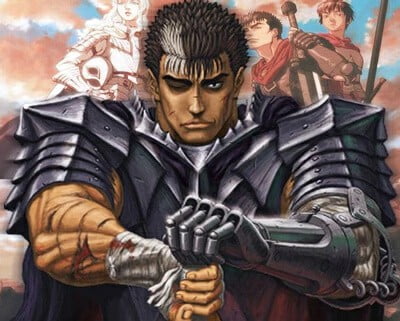 Considered by many to be the pure embodiment of strength and will, Guts is a Byronic hero who, while capable of fighting causality, is unable to sustain it indefinitely. The first story arc of the series revolves around his childhood and youth in a gang of mercenaries after being adopted by the gang's leader, Gambino, and his subsequent joining and leaving the Band of the Hawk.

The dynamic and turbulent relationship between Guts and Griffith, leader of the Band of the Hawk, is the focus of the manga for the first thirteen volumes13. In the process, he is reunited with Casca after a two-year separation.

After the incarnation ceremony in Albion, Guts travels with a new group of companions.

Known for his sternness, Guts is a gruff, cynical man with an overall somber outlook on life. This is the result of ongoing waves of suffering and numerous betrayals since his youth, as almost all the highs of his life have turned into lows over time. Despite his reserved, brooding exterior, he shows a more relaxed, compassionate side towards those he trusts and comes across as significantly less antisocial and distant, while still retaining his dry outspokenness. Even as his inner darkness festers deep inside him and his temptation becomes harder and harder to resist, he retains his empathy and compassion and refuses to give up his humanity.

In his formative years, Guts has no real purpose in life and, as a child mercenary, kills only to survive. A blank slate, he often seeks validation from those he respects most, content as long as there is only "one person". His insecurity slowly turns into individuality when he encounters Griffith, someone he eventually wants to stand by as an equal rather than look down on. The swordsman then embarks on a journey of self-discovery, acknowledging his lifelong connection and passion for the sword. Realizing this, he begins to devote himself to honing his craft and fighting increasingly powerful opponents, giving him a newfound purpose in life.

Eventually, Guts is able to overcome his fear of camaraderie and is grateful for the camaraderie of his new group members.

After surviving the eclipse, Guts becomes vengeful and desires nothing more than to hunt down and slaughter every Apostle he encounters and, more importantly, exact revenge on Griffith and the Hand of God. He leaves a degenerate Casca for two years to embark on the warpath against the demons.

During his two-year hunt, Guts becomes largely self-centered and antisocial, indifferent to the suffering of others and loathing those he sees as weak. His reclusiveness and hostility towards those who try to connect with him stem from fear of creating new emotional bonds; Fear of finding valuable new companions, similar to the comrades he lost to the Eclipse. Over time, thanks in large part to Puck's efforts, Guts ends his lonely struggle and enlists the help of fellow travelers, slowly forging a new camaraderie with them. Despite an initial fear of showing affection for his new companions, he learns to appreciate the bond he has with them and is grateful that he can rely on their individual strengths.

Above all, Guts is the embodiment of endurance and resilience. Throughout his many trials and tribulations, he has never succumbed to the flow of causality and continues to persevere against seemingly insurmountable odds. Indeed, Guts is an ardent detractor of the idea of destiny13, believing that his actions ultimately result from his own will and disregarding such a supposed certainty.