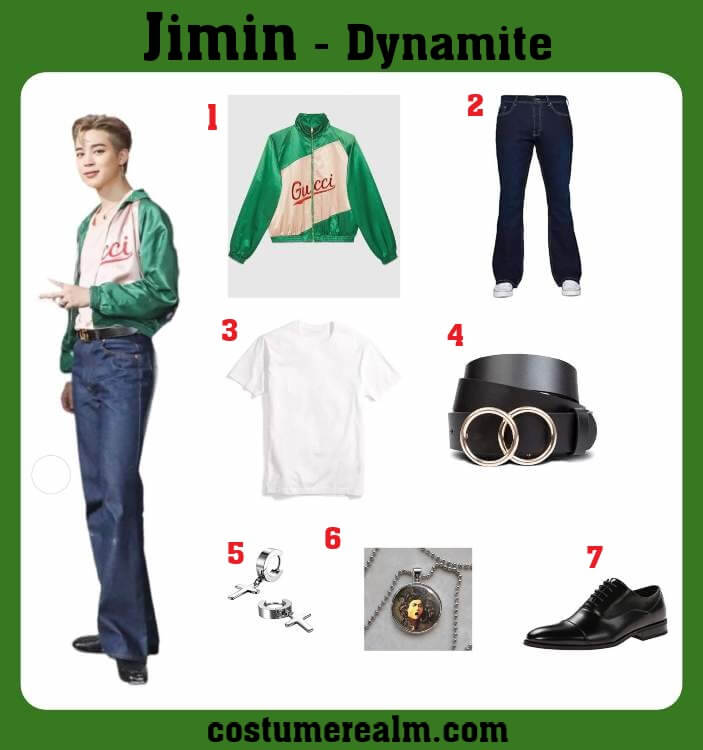 You need the following items for your Jimin from Dynamite costume: 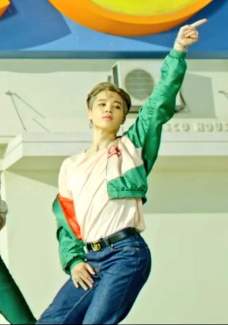 Jimin was born in 1995 in Geumjeong District, Busan, South Korea. His immediate family includes his mother, father, and a younger brother. As a child, he attended Hodong Elementary School in Busan and Yonsgan Middle School. While in middle school, he attended Just Dance Academy and learned popping and locking dance. Before becoming an intern, Jimin studied contemporary dance at Busan High School of Arts and was a top student in the modern dance department. After a teacher suggested auditioning for an entertainment company, it led him to Big Hit Entertainment.

In 2013, Jimin made his debut as a member of BTS with the release of the single "No More Dream". In the group, Jimin holds the position of main dancer and singer. He has released two solo tracks under BTS, "Lie" and "Serendipity". The song "Lie" was released in 2016 on the album Wings. It has been described as breathtaking and dramatic and conveys dark undertones and emotions that reflect the overall concept of the album. In contrast, "Serendipity" from the 2018 album Love Yourself: Answer was soft and sensual, unraveling the joy, conviction, and curiosity of love.

Both Jimin's "Serendipity" and "Lie" solos surpassed fifty million streams on Spotify, the first record in five years of a K-pop solo song based on Psy's "Gentleman". The songs were also the only solo songs by a BTS member in the top 20 most-visited BTS songs on the UK official charts. Jimin's song "Promise" was Soundcloud's biggest 24-hour debut of all time and, according to SoundCloud, hit Drake's "Duppy Freestyle" record. It's the neatest K-pop song on the platform right now.

In 2018 he was awarded the Hwagwan Order for Cultural Merit of the Fifth Grade by the President of South Korea along with other members of the group.