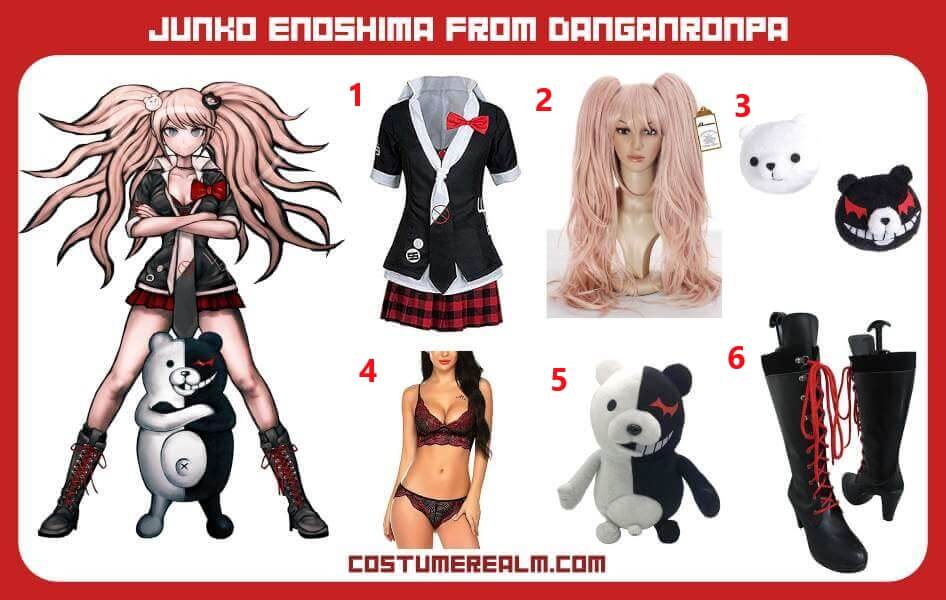 You need the following items for Junko Enoshima Halloween costume: 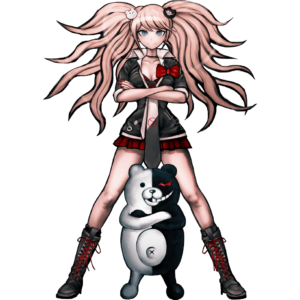 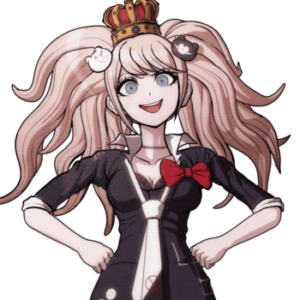 As a young fashion fanatic, Junko Enoshima is simply described as "not wrong", charismatic and eager to try new things. When she makes her first appearances, she encounters something airy and hot-tempered. In the official art book, she is described as a person who "drips with discontent the moment she opens her mouth" and gets into trouble with her classmates. She is also mentioned as being too talkative with an overly carefree attitude.

At the end of school life in Danganronpa: Trigger Happy Havoc, Junko appears to be a young high school teenager, but due to her classmate's memory loss, she is two years older than everyone thought. She has a large hourglass figure, light blue eyes and long, thick, bleached strawberry blonde hair that is tied into two double braids. Because of her talent, she wears heavy makeup along with (possibly fake) long red nails.
Although Junko and her older twin sister Mukuro Ikusaba are not identical twins, they share several physical characteristics. However, Junko has a significantly larger chest than Mukuro and weighs two pounds more than she. Junko's eyes are rounder and bigger and blue with their contacts or of course red compared to Mukuro's light purple eyes. Junko also lack freckles.