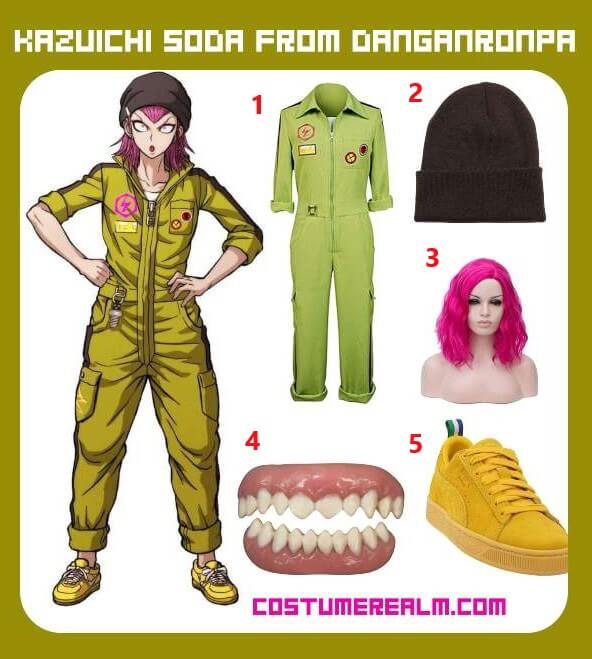 You need the following items for Kazuichi Soda halloween costume: 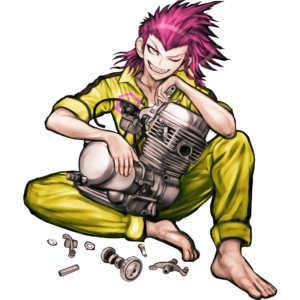 Dress like Kazuichi Soda from Danganronpa; Kazuichi Soda is a 77-B student at Hope's Peak Academy and a participant in the Killing School Trip featured in Danganronpa 2: Goodbye Despair. Its title is the Ultimate Mechanic lit. Super-high-school-level mechanic.

Together with class 77-B, he returns to Danganronpa 3: The Highest School of Hope to explore her school life ahead of the tragedy. 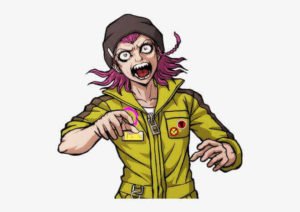 As a mechanic, he wears a bright green-yellow jumpsuit with a dark brown stripe on the sides that extends to the ankles. Kazuichi also wears bright yellow sneakers. During his school days, he wore overalls similar to his present one but blue, and instead of a cap, he wore a cap.

Kazuichi's hair is colored pink and a little heavily layered. However, he covers the bad layer with the gray cap he is wearing. In addition to his punk rock appearance, he has thin eyes with pink contacts at all times. Above his eyes, his thin, pronounced eyebrows almost touch his hairline. His teeth are sharp and give him an intimidating grin. He also has earrings, the right one has a plus sign because it is a screw with the plus head, and the left one has a minus sign because it is also a screw with the minus head.

As the Ultimate Despair, Kazuichi has the same hair and yellow sweater and black gloves. He is no longer wearing a hat and seems to have a utility belt.

Kazuichi is a very emotional character, although he tries to play it smoothly and initially acts carefree. He is a very nervous person, slightly fearful and often screams with fear. People tend to notice that his intimidating look doesn't match his compulsive and cowardly personality. Of course, he is very afraid of death on the island, which brings him a lot of stress and panic.