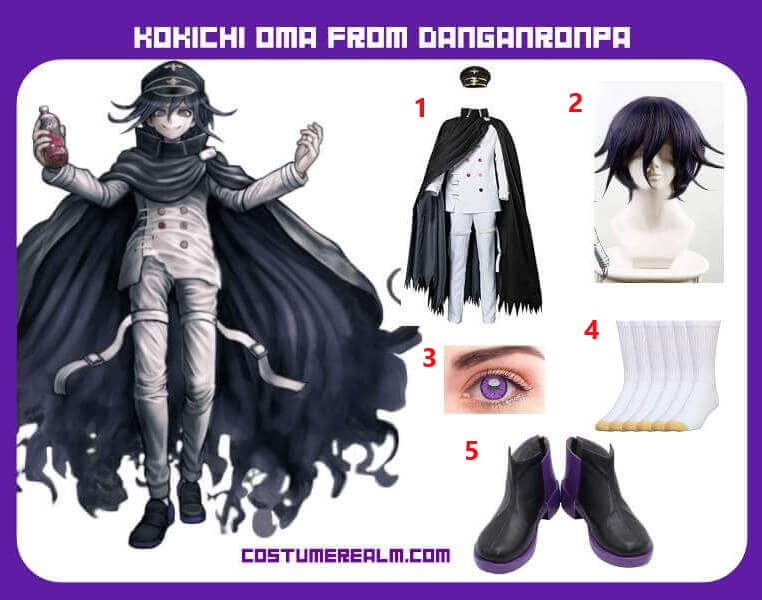 You need the following items for Kokichi Oma Halloween costume: 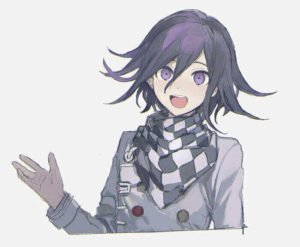 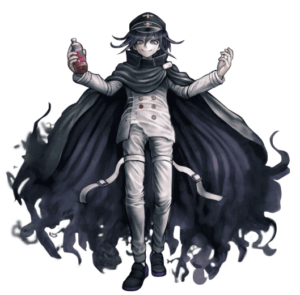 Kokichi Oma is a student at the Ultimate Academy for Gifted Juveniles and participant in the Killing School Semester in Danganronpa V3: Killing Harmony. His title is the Ultimate Supreme Leader.

Kokichi is a young man with an innocent look and a pretty nifty face. He is short, thin and has a very pale skin. He has purple eyes and moderately long, wavy, black-purple hair, with the tips coloring a lighter purple. The official art book states that he doesn't seem to care about his hair and the hairstyle is due to him playing with it. However, sometimes he uses the shadows that his pony forms to make himself look angry.

He is wearing a white suit with multiple straps around his arms and two straps hanging loosely around his legs. Apparently his pants look like a piece of punk fashion with bondage skins, but it's actually just artificial belts that are sewn on thicker parts of the thighs. His shirt is torn open at the hem and the collar part is completely gone, and large parts of the uniform are fastened with metal clips. He has colored buttons in the middle of his shirt, some of which are usually hidden under his scarf, and he has military badges on the right side. His scarf has black and white fields that alternate like a chess board. He also wears two-tone black and purple slip-flats and appears to be wearing a white belt as seen in the character design gallery.