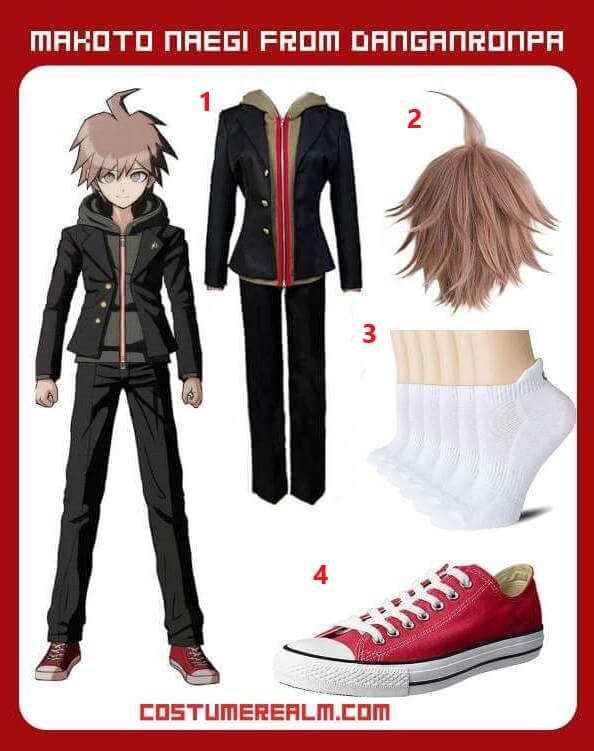 You need the following items for Makoto Naegi Halloween costume: 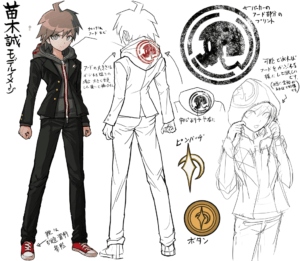 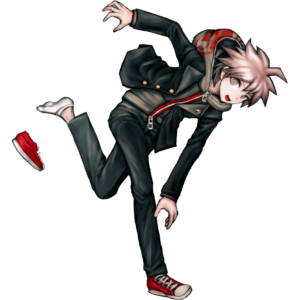 Makoto Naegi is a student in the 78th grade of Hope's Peak Academy and participant in the Killing School Life in Danganronpa: Trigger Happy Havoc. His title is the Ultimate Lucky Student.

Years later he took part in the Final Killing Game of Danganronpa 3 with the directors of the Future Foundation.

At the beginning of school life in Danganronpa: Trigger Happy Havoc, Makoto appears to be a high school teenager, but due to memory loss he is two years older than he thought. He is significantly smaller than almost all of his classmates. He has spiky, desatured brown hair with a striking ahoge and washed-out hazel eyes. He's wearing a blunt, green zip hoodie with a red stripe on the zip, an open black jacket with gold buttons over the hoodie, black jeans, and red sneakers with white toes.
Makoto's hoodie has a red gas mask logo in a circle on the back of the hood and the zipper extends to the top of the hood. He wears a four-pointed star pin on a crescent moon. This is attached to the lapel of his jacket.