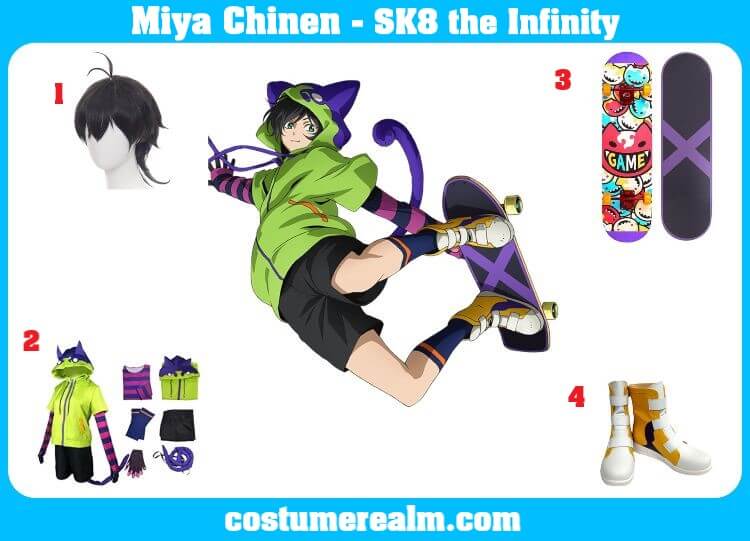 You need the following items for your Miya Chinen Halloween costume: 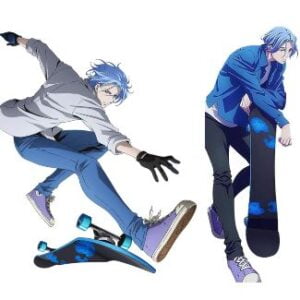 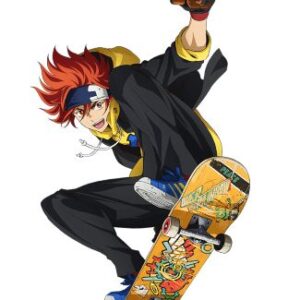 How To Dress Like Miya Chinen From SK8 the Infinity 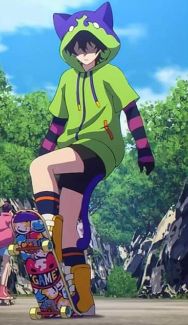 Miya is a boy who wears a dark pink striped shirt and a purple tail under a light green short-sleeved hoodie with purple cat ears. Miya's uniform is a long-sleeved black singlet with an unusually styled uniform. He also wears gray shorts along with a brown belt, white socks, a beret, and a pair of brown dress shoes.

In "S", Miya has a black skateboard with a purple "X" on the top part of the deck and a multitude of cats on the bottom that says "Game" on them. 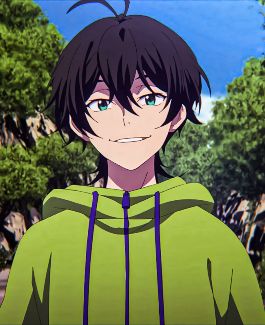 Miya was a carefree boy when he was younger, but he has grown into someone who can seem very cocky at times. However, this is likely part of a persona he adopted following the events shown in the flashback following his argument with Langa.

He was interested in skating from a young age and often went skating with his friends. During this time, Miya enjoyed skateboarding with others. He quickly mastered skateboarding skills, such as mastering the ollie in just two weeks. His natural talent for skateboarding caused resentment in his circle of friends, and the better Miya got and the more awards he won, the faster his circle of friends shrank. Around this time, Takashi proclaimed from his friends that heroes cannot team up with slimes, leading Miya to his worldview that he was the hero and everyone else around him was slimes.

Miya can be rude to others and even slander them on first meeting, for example when he calls Reki Kyan a slime. Miya often seems blank as Adam said, noting Reki, who explained that in a clip from one of Miya's recent interviews, Miya didn't look like he was having fun.

Miya proves reasonably competitive and almost certain he would win in his race against Langa Hasegawa. It seems that it was Adam who forced Miya to drive Langa, although Miya didn't really care. Still, Miya was impressed with Langa's skating. Despite wanting to win, Miya was so horrified that Langa might fall off the weakened, rusty rails at the factory that he stopped skating to shout a warning to Langa. If he hadn't stopped to warn Langa of the danger, Miya would probably have won the race.

It turns out that Miya isn't a big fan of letting others see his weaknesses. For example, after his first race with Langa Reki and Langa, Miya shared that "it's common for people to leave you the better you get". This caused Miya to visibly get tears in her eyes, but instead of letting the tears fall, he wiped them away, calling Reki "weak".