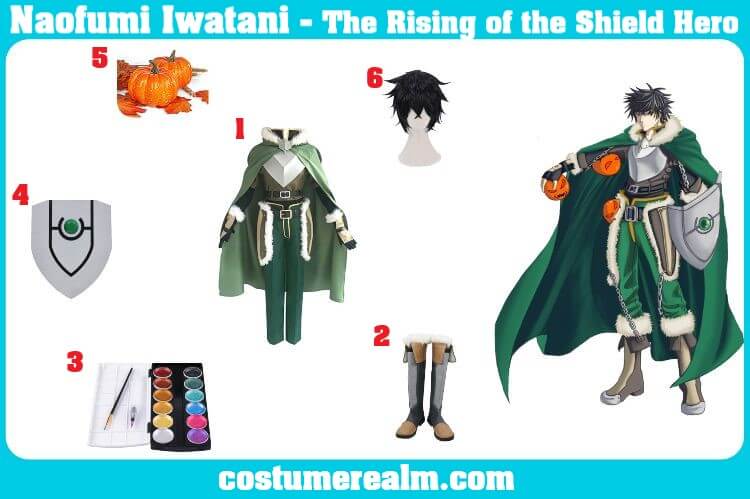 You need the following items for your Naofumi Iwatani Halloween costume: 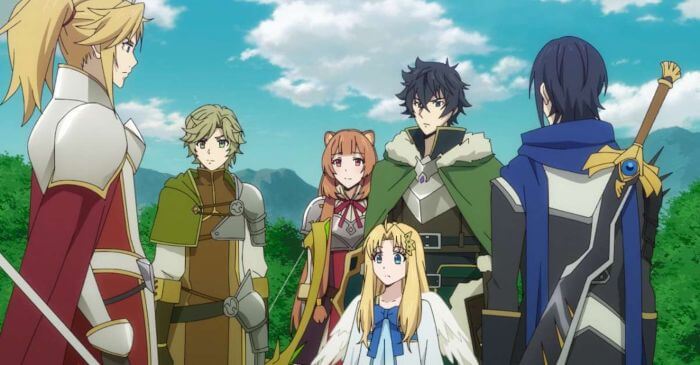 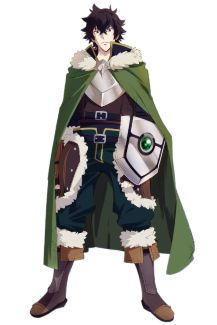 Dress like Naofumi Iwatani from The Rising of the Shield Hero;

Naofumi is introduced as a 20-year-old young man. Naofumi is slim and fairly muscular, with short, spiky black hair and green eyes. When summoned from the Church of the Three Heroes, Naofumi was wearing a green and white hoodie, black singlet, black pants, and sneakers. These were later stolen by Malty Melromarc. He later bought a beige singlet, black pants, and brown boots. His decision to sleep in them prevented them from being stolen. However, the mail he bought alongside these was taken and "gifted" to Motoyasu.

After an encounter with Blacksmith Erhard, Naofumi was equipped with basic armor and a green cloak. He would continue to wear the cloak for the remainder of the series, but his original armor underwent several modifications. Currently, his set of choice is the Type 3 Barbarian Armor, but he also has access to several other high-tier gears that will be provided throughout the story. 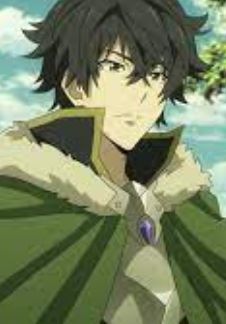 Due to his status as a shield hero, the legendary shield is attached to Naofumi's body, usually on one of his arms. Although Naofumi cannot take it off, he can change both his appearance and location with a single thought or command. After feeding numerous monster parts and other materials into his shield, Naofumi has access to several different types of magic shields, each with its own unique abilities. As with his armor, the shield hero uses whatever shield is appropriate for his situation.

Initially, Naofumi was a kind and trusting man. However, after being slandered and hated by the country, he became bitter and angry. He hates Malty and her father for their cruelty and the other heroes for their incompetence. After Raphtalia became his slave and joined his group, he began to revert to his kinder nature, albeit still somewhat bitter.

Naofumi is very pragmatic, to the point of being callous. When Naofumi realized that bandits were plotting to portray him as a villain after he stopped them from attacking a merchant, Naomfumi was more than willing to feed them to Filo if it meant covering his tracks to avoid trouble.

He can be sadistic and delight in the humiliation of others. While he saved the King and Princess from beheading as my punishment for their crimes, he made sure their names were changed to Trash and Bitch/Whore as a lifetime humiliation in retribution for all the trouble they had caused him.