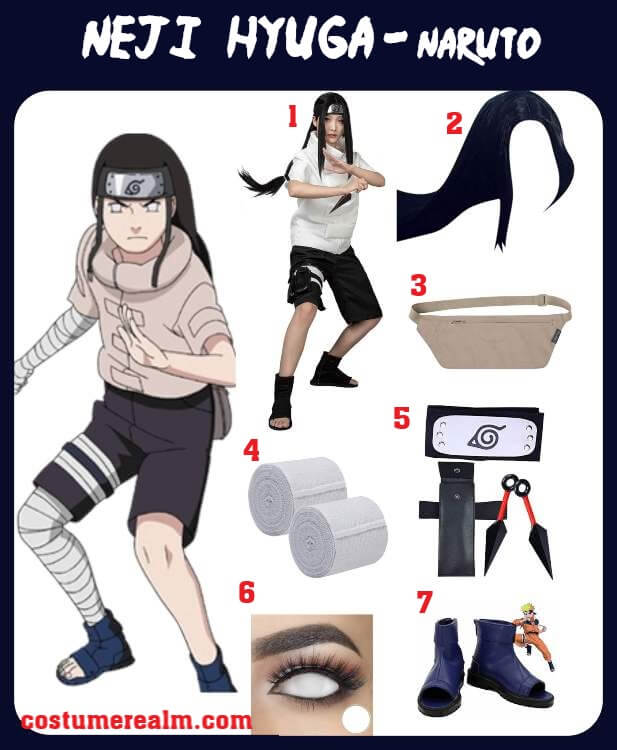 You need the following items for your Neji Hyuga cosplay costume: 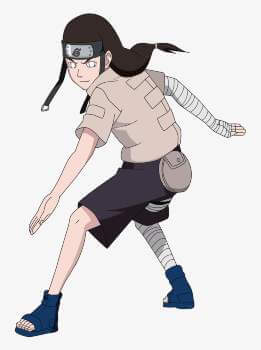 Neji Hyuga Cosplay Costume:  Neji Hyuga wears a beige shirt with a dull blue shirt underneath and mesh armor underneath. He wears dark brown shorts, blue shinobi sandals, and bandages around his right arm, chest, and right leg. He ties his hair in a loose ponytail that is tied a few inches above the end. He wears a black forehead guard, underneath which is a smaller headband with two straps that frame the sides of his face, both of which hide the juinjutsu of his most important Hyūga family.

Neji Hyuga Cosplay Hair: Neji has long black hair, however in anime, it is mostly portrayed as dark brown.

Neji Hyuga Eyes: When his byakugan is not active, he has strange white eyes; The anime gives them a slight touch of lavender. 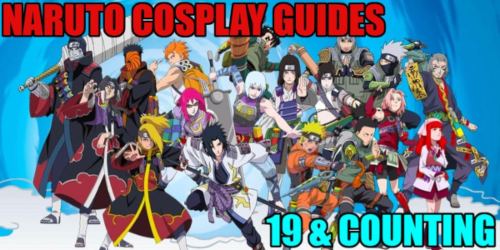 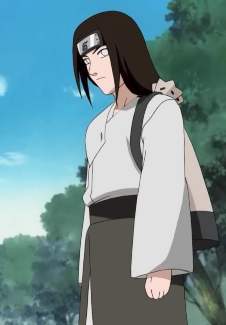 When he was a child, Neji was friendly and inclined to smile; on Hinata's third birthday, he confided to his father that he thought she was cute. He lost these qualities after the death of his father, became serious and cold, more mature than most of his age. For years he was driven by the fatalistic belief that his fate, and that of everyone else, was determined and inevitable from birth. He felt that his own fate was that of a rare talent, which led him to position himself arrogantly towards those he considered "weaker" than him. He also perceived that his talents would always be hindered by the mandatory servitude to the main house of the Hyūga, which he rejected and stoked his hostility towards the main house and its members.

Neji has fair skin and long black hair, which the anime usually portrayed as dark brown. When his byakugan is not active, he has strange white eyes; The anime gave them a slight touch of lavender. In Part I, Neji wore a beige shirt with a dull blue shirt underneath and mesh armor underneath. He wore dark brown shorts, blue shinobi sandals, and bandages around his right arm, chest, and right leg. He tied his hair in a loose ponytail that was tied a few inches above the end. He wore black forehead protection, underneath which was a smaller headband with two straps that framed the sides of his face. Both hid the juinjutsu of his most important Hyūga family.

In Part II, Neji swapped the clothes and bandages of his former wardrobe for a white kimono shirt with long, wide sleeves, matching trousers, a dark gray apron around the waist, and black shinobi sandals. He stopped wearing the straps that framed his face and instead let his now longer hairdo so. He usually wore a tan and black drawstring bag over his shoulder during missions. During the fourth Shinobi World War, he swapped much of his wardrobe for the standard Konohagakure flak jacket and other clothing. At the beginning of the war, he kept his hair tied in a ponytail, but as the war progressed he let it hang loosely.