Requested by one of our users 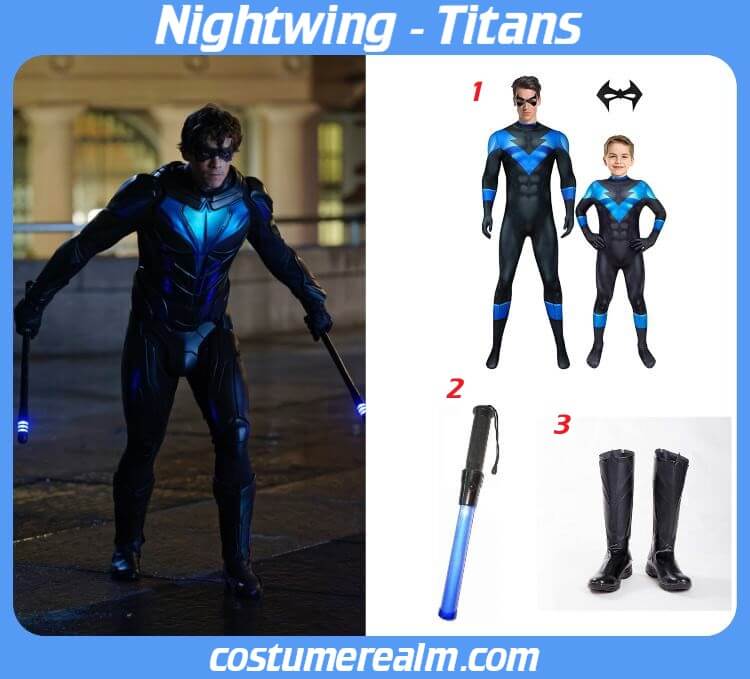 You need the following items for your Nightwing Halloween costume: 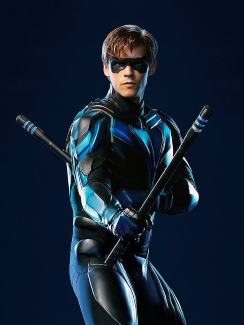 Nightwing Costume: Lily and Stu designed the suit for Dick Grayson according to the special instructions from Bruce Wayne. The suit lets Dick use his skills easier with less physical exertion. The suit has new gadgets like better smoke bombs and a pair of escrima sticks with attached tasers. Dick finally wears the suit during his final fight with Deathstroke and Cadmus. Upon returning to Gotham City, Dick continued to use the suit in fights against Gizmo's crew and Red Hood and his gang. 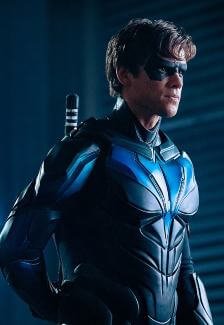 The Nightwing suit is a defensive suit designed by Stu and Lily for Dick Grayson on behalf of Bruce Wayne.
Dick's new suit is flame-retardant and bulletproof. It is also shockproof and sensitive to light.
Dick's new suit also comes with a mask that has a built-in wireless communicator for communication and night vision goggles.
After receiving the new suit, Dick had also received unique improved smoke bombs. Dick had also received a pair of electrified escrima sticks. The sticks can also become staves if connected immediately.
His forearms allow the escrima sticks to retract towards Dick's position from wherever he throws them.

Dick Grayson aka Nightwing is one o the main characters in Titans. His parents were the Flying Graysons, gymnasts who performed alongside him in the traveling Haly's Circus. They were tragically killed by a criminal named Tony Zucco in Gotham City, and Bruce Wayne adopted him as his legal ward at a very young age. Grayson undertook comprehensive martial arts and crime-fighting training to become the original Robin, Batman's sidekick.