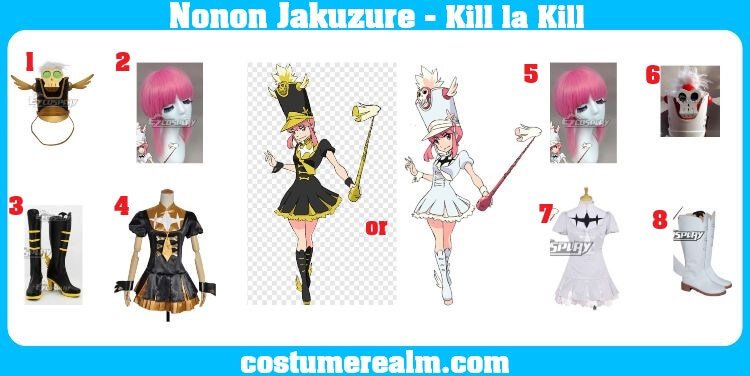 You need the following items for your Nonon Jakuzure Halloween costume: 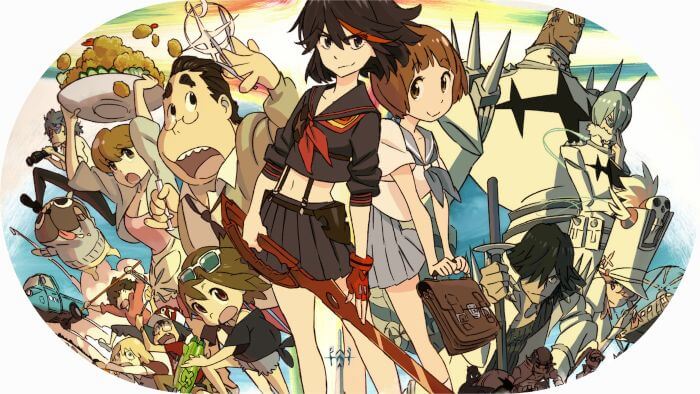 How To Dress Like Nonon Jakuzure From Kill la Kill 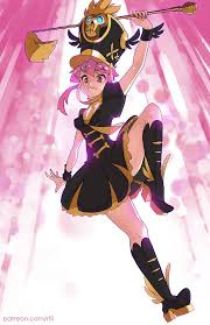 Nonon is petite with pink hair and a square face. Unlike most women in the series, she has a small bust and medium hips. She almost always wears a skull and crossbones hat, except as a child she had a pet monkey that sat on her head. 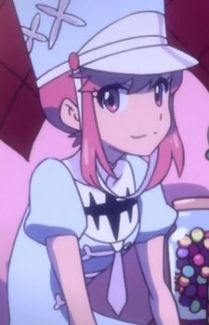 Although Nonon often presents a sweet and sweet facade, she is a very sassy girl who possesses an extremely caustic wit. She is the most arrogant of the Elite Four, which is particularly evident in matches where she takes a sardonic attitude towards her opponent. She constantly stabs her friends and foes and seems to enjoy nothing more than teasing everyone around her.

Despite her opinionated demeanor, she is extremely respectful of Satsuki Kiryūin, even boasting that she has known her longer than the other Elite Fours. However, she does care for the other Elite Four members as friends, which is shown when she seems visibly shaken by Ira Gamagōri's apparent death.

The Symphony Regalia Grave takes the form of a titanic, heart-shaped LRAD equipped with massive woofers that fire waves of reverberant bass and ringing musical notes. Nonon himself stands in a cavity at the front of the machine, wearing a skin-tight pink bodysuit with skeletal detailing. A pink version of her usual bandleader's hat rests on her head, and four skeletal arms protrude from her shoulders and hips, terminating in baton-like protrusions. She also has a small skull on her left shoulder with triangular eye holes and a small tuft of feathers/fur on her scalp that resembles a punk rocker's head.
Unlike the other Elite Four, Nonon's transformation also includes her marching band's instruments, which appear to help her shape her armor. When the vehicle is destroyed, it explodes into pieces, leaving Nonon in her skeleton bodysuit.

Nonon's Symphony Regalia Grave can transform into a giant airship, with Nonon suspended from the front like a figurehead. The steps of the tank sink into the bottom of the machine, while three ribs emerge at the back and sides. This form of the Symphony Regalia is armed with numerous weapons, including huge recorder-shaped missiles firing from the underside of the machine, cymbal blades firing from the front around Nonon's "cockpit", powerful woofers firing waves of concussive bass hits, beams of light, musical note-like beams with enough power to shatter the ground, and a series of laser bolts, sometimes heart-shaped.

When her tank/gunboat is destroyed, Nonon reveals the ultimate form of her Symphony Regalia, which the rest of the student body refers to as her "encore". The remains of their vehicle transform into a tower-like stage, from which Nonon emerges in a pink drum major's uniform and tall horned cap. His main weapon is a sentry cannon that unleashes devastating blasts of violet energy to the tune of Beethoven's Symphony No. 5: "Fate". The rhythm of the music vibrates with her opponent's targeted life fibers, manipulating them as she deals damage, making it virtually impossible to move when blasted by the music.