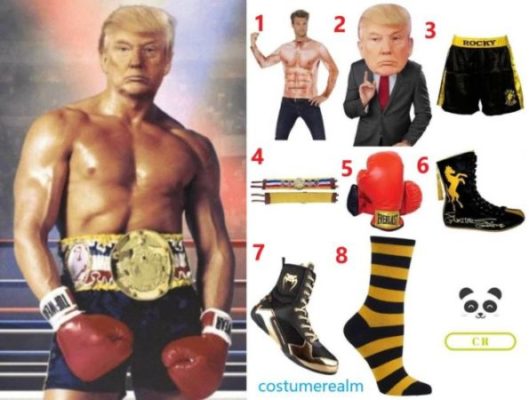 You need the following items for your Rocky Trump Halloween costume:

Donald John Trump is the 45th and current President of the United States. Before joining politics, he was a businessman and TV personality.

Donald Trump tweeted a photoshoped picture of himself as Rocky, he provided no explanation - not even a caption. All we know is that the tweet was sent during a golf trip at one of Trump's golf clubs in Florida during his Thanksgiving holiday in Mar-a-Lago.

This picture instantly became viral all over the world, people tried to make guesses what kind of a message he wanted to give.