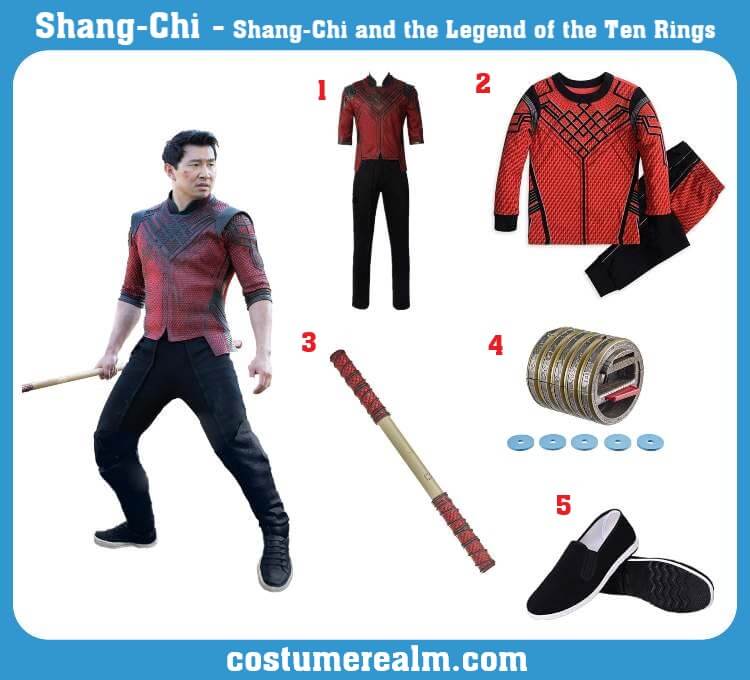 You need the following items for your Shang Chi Halloween costume: 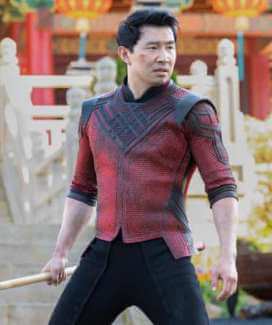 How to dress like Shang Chi from Shang Chi and the Legend of the Ten Rings;

Shang Chi's Costume: Shang Chi's armor is made of dragon scale. His upper body armor is red and black and his pants are pure black.

Shang Chi's Staff: Again made of dragon scale, his staff is wooden and red on the edges.

Ten Rings: The Ten Rings are a set of ten bracelets that Xu Wenwu uses to give him a range of mystical powers. They provide the name and symbol for the criminal organization, the Ten Rings. 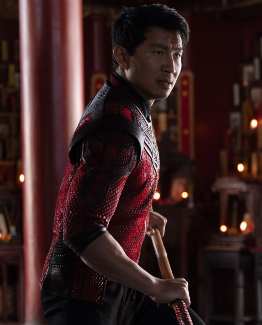 Shang-Chi is a very confident, calm, fearless man who is not afraid to face those who are supposed to stand above him, which shows that despite his imposing nature, he was not afraid of his father. Despite being an incredibly trained martial artist thanks to his fathers, Shang-Chi seems so abhorrent to violence that he only fought to protect himself or others, but he resisted the fight against the Soldiers of the Ten Rings who tried to win over his followers to take until one of them injured Katy and only fought his sister to get her to listen to him, and even then he noticeably struggled to defend himself instead of attacking what cost him to make the match against Losing Xialing.

Shang-Chi convinces himself to be an incredibly responsible, loving, and caring person who loves his family and is ready to do anything for their happiness. He cares deeply about his family, no matter how they treat him, as evidenced by the fact that he did not kill Wenwu despite constantly manipulating him out of his own selfish motives. Shang-Chi has a certain aura of justice, which is evident in the fact that when he hijacked the bus, he never wanted innocent people to be harmed.
As the son of the Mandarin, Shang Chi is an extremely experienced hand-to-hand fighter and martial artist. Trained since childhood, his martial arts allowed him to defeat several trained members of the Ten Rings, even his mentor Death Dealer, unarmed. His fighting style includes various kung fu styles such as tai chi, wing chun, and wushu, krav maga, jujutsu, and boxing. After only a short time training in Ta Lo, he was skillful enough to face and throw him to the ground with the help of his father, although he could not cope with him at first and after he had learned the stick fighting style of Ta Lo Having fully understood, he was finally able to compete in a fair hand-to-hand fight with Wenwu and at times even gain the upper hand, which brought the fight to a standstill.