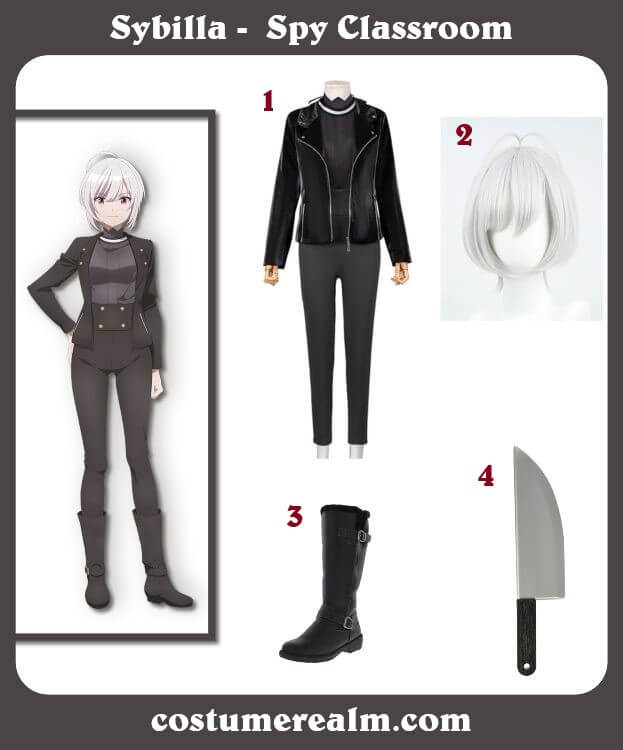 You need the following items for your Sybilla halloween costume:

Hyakki or "Pandemonium" in English, also known as Sybilla, is one of the main protagonists of the Spy Classroom series.

Sybilla can be described as opinionated. Her confident, tough and vulgar presence is unmistakable. She prefers to dish out hard blows and not take nonsense from enemies. Neither intuitive nor particularly perceptive, Sybillia follows her gut instincts, leading her to act without thinking twice about her actions.

Sybilla is not just flesh and brawn, she has a gentle heart and a strong sense of justice and empathy. Klaus remarks that she has the kindest heart of any Lamplight member. After getting her first paycheck, she donated it all to the orphanage where she grew up. 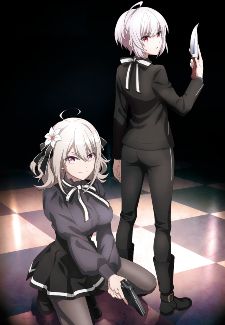 Sybilla hates wearing dresses as she dislikes female clothing and thinks she looks ridiculous. She has short, white hair and a lean figure. Sybilla is wearing Tall Snow Winter Boots, long pants, a jacket, and a dark shirt. 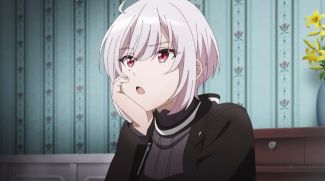 Ten years after the devastating First World War, the nations of the world chose to resort to espionage rather than open warfare to resolve their conflicts. In the Din Republic, master spy Klaus is given an "impossible mission" that, if carried out, will cement his reputation as "the greatest spy alive".

As part of this mission, Klaus gathers seven young spy cadets who are having trouble training, including a girl named Lily, on a team codenamed Lamplight. He explains that he will help them prepare for an impossible mission in the Galgad Empire, but despite proving to be a master spy, he is actually a poor teacher.

Believing that Klaus intends to use them as sacrificial figures, Lily poisons Klaus to force him to scatter lamplight. However, Klaus reveals that he already saw through Lily's ambush, but he is impressed with how she took the initiative to try to improve their situation and gave him inspiration on how to teach the other students. The next day, Klaus places Lily in charge of Lamplight's team, assuring them that he will not let any of them die. In order for them to learn the necessary skills, Klaus challenges the students to defeat him in a spy game.

Over the next five days, Lamplight works together to try and ambush Klaus, but with little success as he easily thwarts their plans. Eventually, the team grows frustrated until Lily suggests they actually try to investigate Klaus' background. Meanwhile, Klaus is informed by his superior C that the Galgad Empire has stolen a sample of a deadly bioweapon called the Abyss Doll from the Din Republic and the impossible mission is to recover the sample before the Galgad Empire destroys it can destroy. Klaus then returns to Lamplight and comes clean with them, revealing that he is a member of Team Inferno, the Din Republic's top spy team.

However, the rest of Inferno was killed trying to retrieve Abyss Doll and he accepted the mission to avenge them. Lamplight, already aware of his connection to Inferno and inspired by his determination, agrees to follow Klaus. The team then infiltrates the Galgad Empire to gather information on the Endry Laboratory where Abyss Doll is kept. The night before the mission, Lamplight invites Klaus to a party so they can relieve their pent-up stress. Klaus arrives to find the girls asleep, and he recalls a lesson he was taught where one person willing to sleep before another is a sign of absolute trust. Klaus vows once again to bring the entire team home safely. The next night, Lamplight and Klaus prepare to infiltrate Endry to recover Abyss Doll.