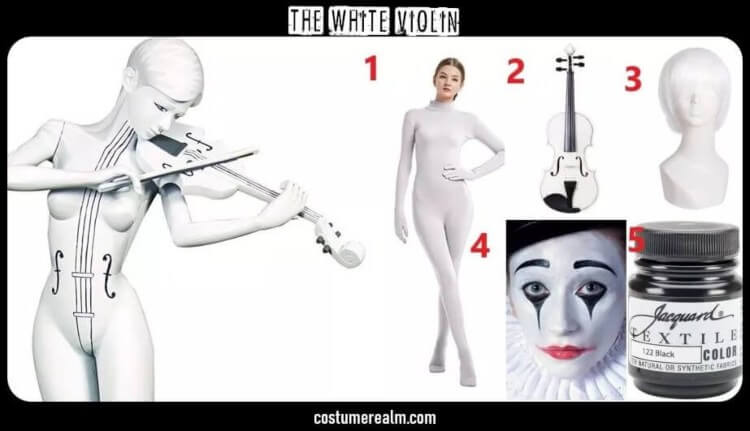 The White Violin Costume US

"No discernible talents. Some enthusiasm for music, but mediocre skill—can hardly even hobble through a Paganini caprice. Utterly useless."

Ten years after their adoption, The Umbrella Academy made their public debut to counter the threat posed by the Zombie-Robot Gustave Eiffel and the rampaging Eiffel Tower in Paris. Because of her lack of powers, Vanya did not join in the mission, and watched it unfold aboard The Minerva with her father. She asked about the whereabouts of Number Five and was told by Sir Reginald that he was probably in the future. Sir Reginald told her to go and practice the violin. 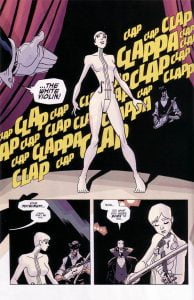