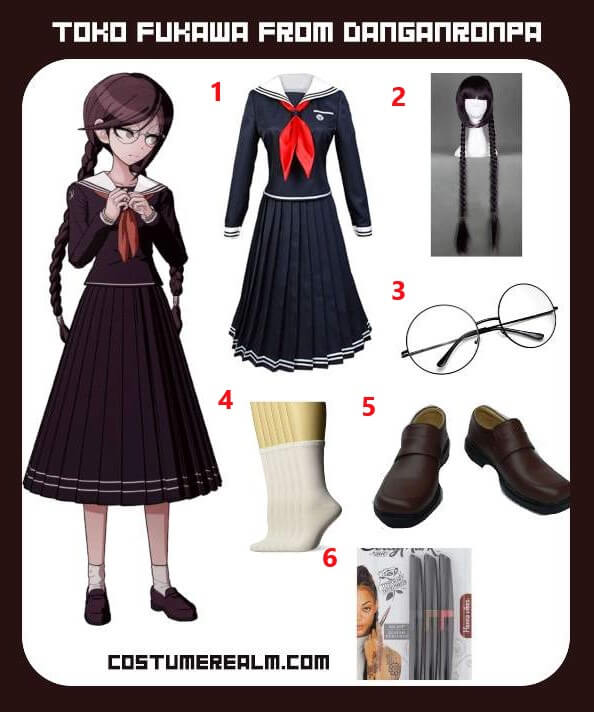 You need the following items for Toko Fukawa Cosplay: 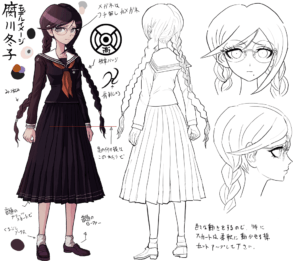 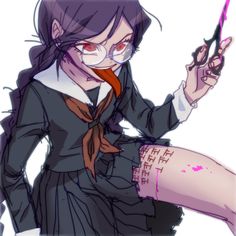 Toko Fukawa is a student in class 78 of Hope's Peak Academy and participant in the Killing School Life presented in Danganronpa: Trigger Happy Havoc. Her title is the Ultimate Writing Prodigy.

She later returns as one of the main characters in Danganronpa. Another episode: Ultra Despair Girls alongside Komaru Naegi.

At the beginning of school life in Danganronpa: Trigger Happy Havoc, Toko seems to be a high school teenager, but due to memory loss she is two years older than she thought. She has long dark purple hair that she has behind in two braids. She has gray eyes and large round glasses with a wire ring. There are line marks on her thighs under her long skirt - a count of how many men Genocide Jack killed. On the left side of her chin is a little mole.
Toko's outfit is a typical purple Japanese school uniform with a skirt that is significantly longer than other girls. The symbol of her former high school is on the upper sleeves of her top. Under her skirt are Genocide Jacks "Geno-Scissors", which are kept either in their underwear or in a container on the right thigh. She also wears white socks and purple loafers.