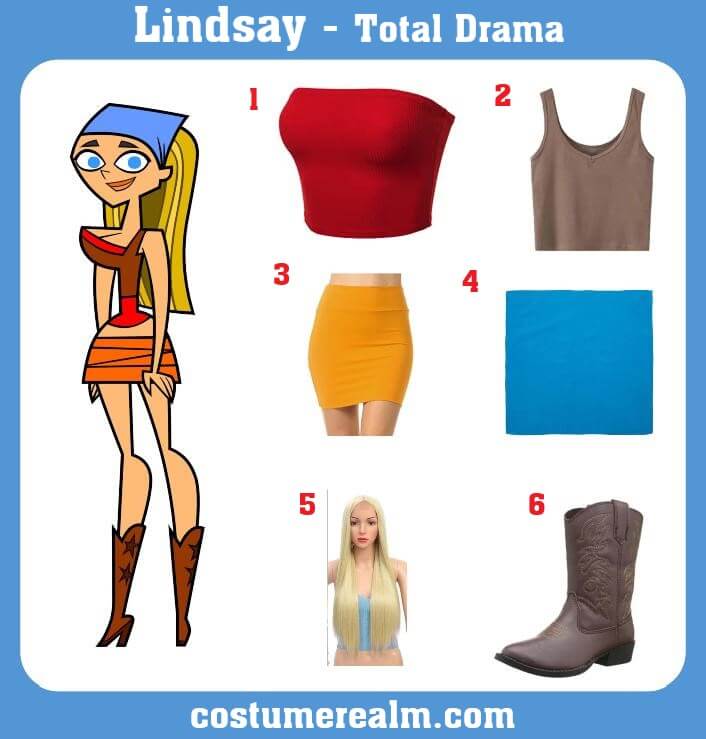 You need the following items for your Lindsay Halloween costume: 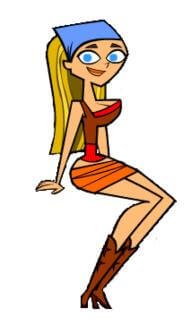 Lindsay's Outfit: Lindsay has worn more different outfits than any other character on the show. Her regular outfit consists of a red strapless tank top, brown tank bustier, and orange mini skirt.

Lindsay's Boots: Lindsay wears a pair of brown cowboy boots that have star emblems on them.

Lindsay's Bandana:  Lindsay is rarely shown without a bandana; She can only be seen without a bandana in an alternative outfit and even then she is wearing a hat, a sleeping mask, or has a towel wrapped around her head. She even wears her bandana while swimming. 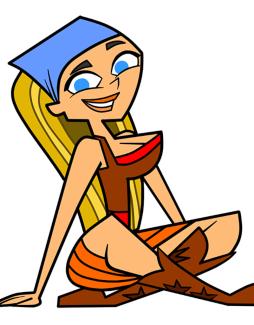 Lindsay's big heart and childlike innocence made her one of the most popular competitors on the show. Even if the other candidates are often annoyed about her noticeable lack of intelligence, Lindsay demonstrably only has pure intentions. A major running gag on the show is that she has difficulty remembering other people's names, even if that person is her boyfriend. Sometimes, as in Dial M for Merger and Get a Clue, she goes beyond her peers' expectations to show that she has problem-solving skills often referred to as "her sharpness." She shows herself to be an outsider and hates being underestimated by her peers, doing her best to defeat them and prove herself. Unfortunately for Lindsay, due to her naive and gullible nature, she is often tricked by false friendships and easily manipulated by the show's antagonists.