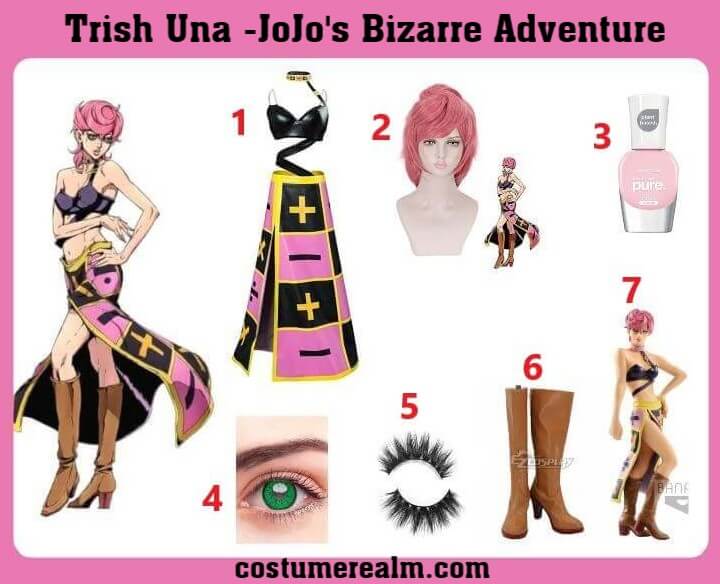 You need the following items for your Trish Una Halloween costume: 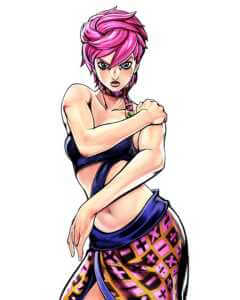 How to dress like Trish Una from JoJo's Bizarre Adventure:

Trish Una Costume: Trish's outfit consists of a dark brassiere tied to a necklace of tiles with alternating shades of math symbols. She wears a long skirt of a similar design that is split at the top of the left thigh.

Trish Una Boots: Trish wears a pair of knee-high boots with small heels with no legwear. The boots initially had zippers and small laces but were later removed. 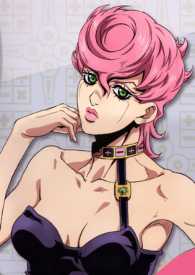 Trish is the estranged daughter of Passiones Boss and Donatella Una. As a target for the boss's numerous enemies, she is protected by Bruno Bucciarati's gang.

She eventually awakens her own booth, Spice Girl, and becomes a valuable ally for the team.

Trish is first introduced as a spoiled, selfish girl with first-class taste. When she is in the care of Team Bucciarati, she requests branded cosmetic items and, even the severity of the situation, only sparkling water. This, later revealed to hide her insecurities, although her self-doubt is still evident when expressing to Bucciarati her nervousness about whether or not she and her father would get along.