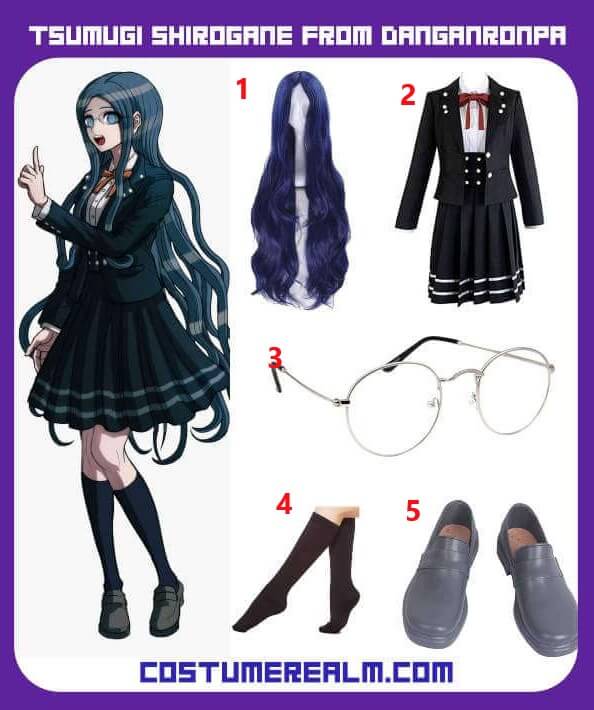 You need the following items for Tsumugi Shirogane halloween costume:

Tsumugi Shirogane is a student at the Ultimate Academy for Gifted Juveniles and participant in the Killing School Semester in Danganronpa V3: Killing Harmony. Her title is the ultimate cosplayer.

It is likely that Tsumugi was a normal, talentless student and an avid fan of a reality show series with the infamous killing game called Danganronpa, created by Team Danganronpa. She was so obsessed with the show that she showed no sympathy for people who participated in the killing game. She just considered her part of the show's pleasure that she loves so much.

According to their own statements, Tsumugi was part of the Danganronpa team, although it is not known exactly when they came to the team. It is also not known when Tsumugi started which season of Danganronpa take part, as the final process of the Killing School Semester implies that she participated in more than two Killing Games, maybe even the 52nd Killing Game.