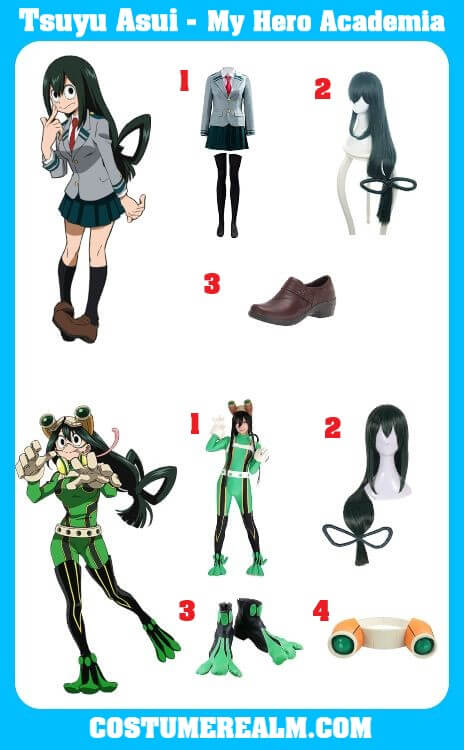 You need the following items for your Tsuyu Asui Halloween costume: 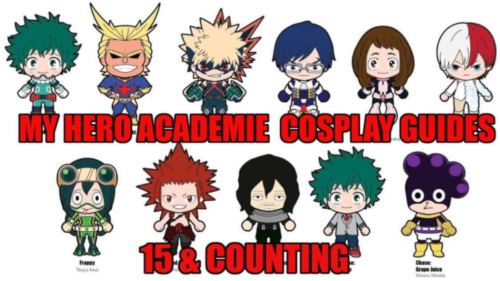 How To Dress Like Tsuyu Asui From My Hero Academia 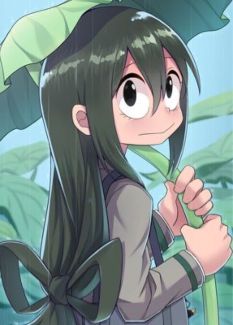 Tsuyu is a little girl of relatively slender build compared to her classmates and has remarkably large hands. Their appearance is rather frog-like; It has a very wide mouth, sloping down the middle like a common frog, and oval eyes with large, black irises, the lower lashes of which are visibly pronounced.

Her hair is a dark sea green color and is very long, reaching to her waist with the ends tied at the bottom in a large hair bow. She has two shoulder-length tufts that frame her face and shorter bangs between her eyes, some of which are partially swept to either side. 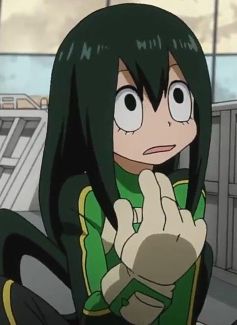 Her hero costume consists of a lime green turtleneck bodysuit, tan gloves with large buckles on each wrist guard, and two matching belts, one across her breasts, one strap on each side around her shoulders, and one around her waist, with small green dots embedded all around.

Two black lines run all the way down her suit, each outlined in yellow, and she wears tight black boots with "V" markings on her thighs and green fins resembling frog toes on her feet. She wears a headband to match her gloves and goggles with dark green-tinted lenses on either side.

Tsuyu is a straightforward and aloof person who is always open about her opinions and what she thinks of others. Tsuyu prefers to be called "Tsu", but only by people, she considers friends. She usually refers to anyone with the honorific "-chan" except teachers and other authority figures.

Since she was always busy with work, Tsuyu's parents demanded that she become the caretaker of their two younger siblings from a young age. Under these circumstances, Tsuyu grew into a very mature and responsible person who could divide her attention between school and homework without one interfering with the other. It also means that Tsuyu knows how to guide and nurture people and keep them safe and relaxed when they don't feel that way. She has strong morals, goals, and principles, and is willing to defy her friends to protect them from decisions she feels hasty. When several members of Class 1-A agreed to rescue Katsuki Bakugo after the Vanguard Action Squad invasion, Tsuyu was the most adamant against it, claiming that she acted on her feelings and broke the law to rescue him, who was imprisoned in the Essentially her villain was.