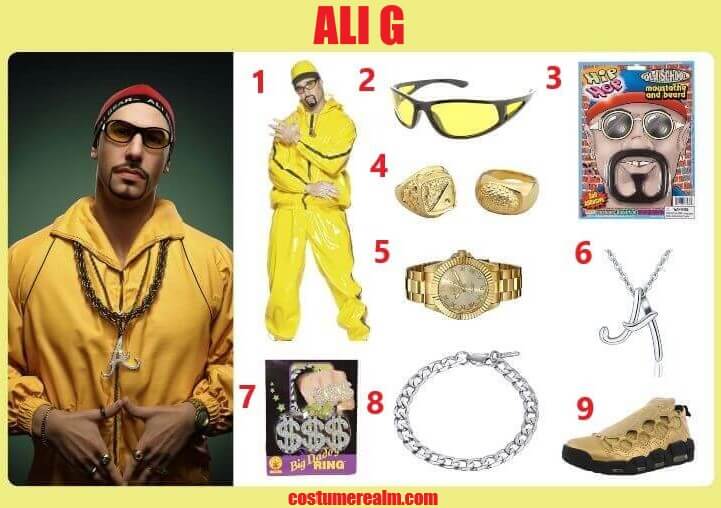 You need the following items for your Ali G Halloween costume:

From The UK? See all the above items directly on Amazon UK 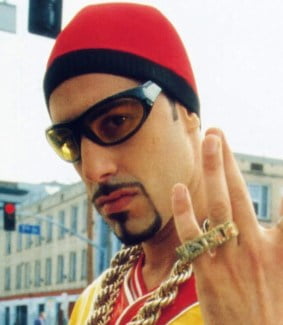 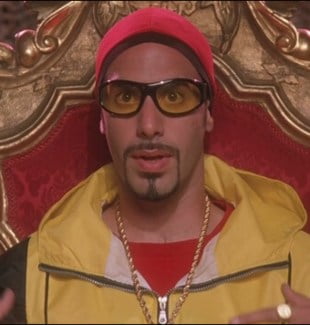 Ali G is a young white man from the English suburbs who has taken over African-American gang and hip-hop culture. He is the weak moderator of the Da Ali G Show, where he interviews various political figures, celebrities, experts and members of the public.

Despite his desire to appear hardcore, Ali G is often childish and innocent. He especially protects his grandmother, whom he calls his Nan, and warns other gang members not to leave their rude phone messages, and wears knitted sweaters with the wrong gang colors so she doesn't feel bad.

The character of Ali G was originally developed for the Channel 4 series The 11 O'Clock Show and Da Ali G Show. The film also shows one of Baron Cohen's other characters, Borat Sagdiyev, at a meeting with Ali G using a double for different shots.

Ali G is a satirical fictional character created and performed by the British comedian Sacha Baron Cohen. Originally seen on Channel 4's 11 O'Clock Show and later as the title character of Channel 4's Da Ali G Show in 2000 and on the HBO from 2003 to 2004, he is also the title character of the film Ali G Indahouse. In December 2007, Baron Cohen announced in an interview with The Daily Telegraph that Ali G had retired with Borat. However, Ali G returned to the 2012 British Comedy Awards to receive Baron Cohen's Outstanding Achievement Award, which led to controversy by joking about Kate Middleton and Jimmy Savile. Ali G returned to television in 2014 with Ali G Rezurection.