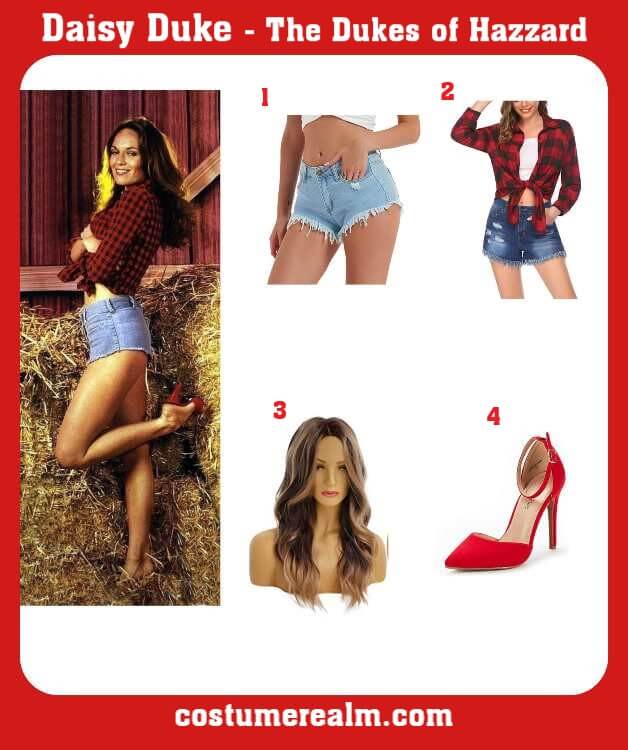 You need the following items for your Daisy Duke Halloween costume:

Catherine Bach played the fictional character Daisy Duke in the American television series The Dukes of Hazzard. She was the cousin of Bo and the main character in the show.

Get the look of Daisy Duke by dressing up in a red flannel shirt, denim booty shorts and red high heels. Optionally, you can wear a wig.

How To Dress Like Daisy Duke From The Dukes of Hazzard 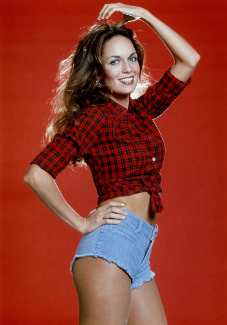 Daisy Duke Costume: This is one of the easiest, sexiest, cheapest, costume idea ever. You need only three pieces for this outstanding costume, and I bet you already have at least one of them in your wardrobe. But if you don't have any of the items required for Daisy Duke Halloween costume, just head to a retail store, and you will be ready in no time. And what is even better is that, you can use all the items in your daily life, which practically makes your Halloween costume free.

The Daisy Duke costume is ideal for anyone who doesn't want to spend a fortune for a one-time costume, who wants to get ready fast and, who loves country-style clothing. People have sometimes been Daisy Duke unintentionally, all you need to do is wear a red flannel and a pair of short shorts to look like her.

You can make this outfit even more Daisy Duke-like by tying the flannel around your waist and adding some red high heels. The Daisy Duke costume is a great option for beginners, or if you are on a budget on Halloween.

Daisy Duke is a kind, though sometimes misguided, cousin of Bo and Luke Duke. She wears signature denim shorts with a tight fit. She likes to ride horses and is sometimes thought to be a better driver than her cousins. Uncle Jesse honors Daisy as "Sharpshooter of the Week" because she was able to accurately fire her main gun while the vehicle was moving with hardly any instruction from her Vietnam War veteran cousin.

The ongoing war between Boss Hogg and her family is one of the reasons she finds herself caught up in. She has the chance to listen in on private conversations between Boss, Sheriff Rosco and other people at Boss's tavern, often learning important info that she can pass on to Uncle Jesse and the Duke boys.