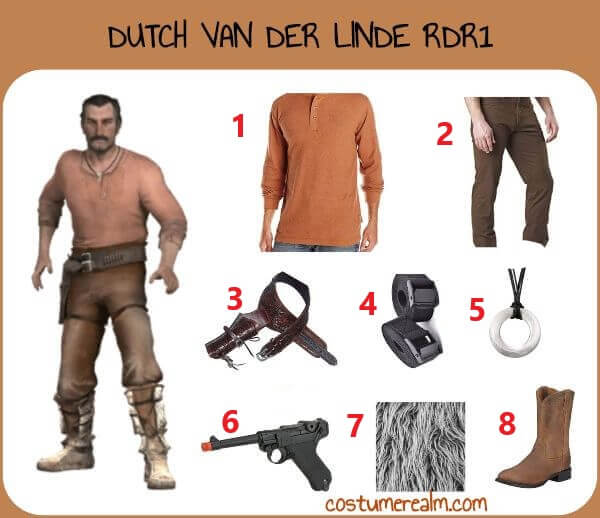 You need the following items for your Dutch Van Der Linde Halloween costume:

He is a complete anarchist, he doesn't like it very much in the current state of the world. He desires a world where there is no authority, where people do what they want and fight to survive. If you have Red Dead Redemption fan friends, get them all along to cosplay John Marston, Arthur Morgan and Sadie Adler. All eyes will be on you, that's for sure. 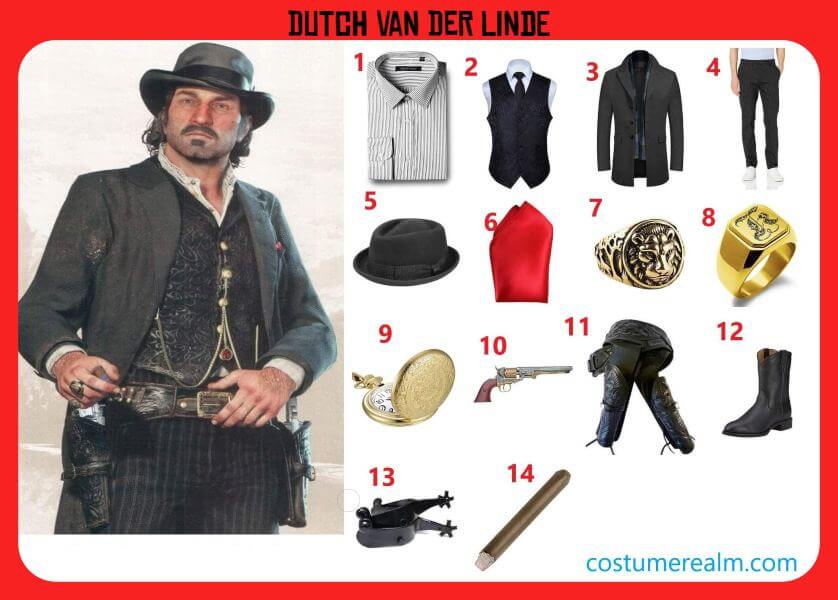 You need the following items for your Dutch Van Der Linde from RDR 2 Halloween costume: 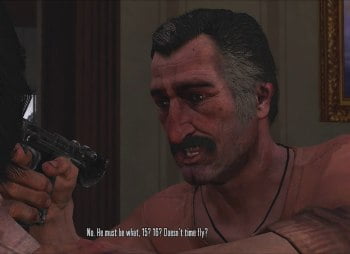 Dutch van der Linde is a recurring character in the series Red Dead Redemption, which appears as a central figure and one of the main opponents of Red Dead Redemption as well as a central figure in Red Dead Redemption 2. Dutch is an average man with a thick black mustache and a soul spot under his lips. He also has dark black, straight hair, which curls at the end. He is always in elegant suits or smart dresses, often in a black and red vest with a blue and white pinstripe shirt, with gold chains on his waistcoat, sometimes with a smart black jacket and, more often, a black hat. During the bank robbery in Saint Denis he wears a white shirt and a red vest with a long black tuxedo. During his exile on Guarma, his appearance is neglected; He has an elongated mustache and stubble around his face, while his white shirt and the red vest he wore for the robbery are loosened and shredded.

Dutch was born in 1855 as the son of a nameless Dutch father and an Englishwoman named Greta. Little is known about his younger days. His father fought in the American Civil War for the Union and died in a battle. Due to the death of his father, the Dutch seem to have developed a grudge against the Southerners. Dutch also mentions that he left home at the age of fifteen because he seldom got along with his mother, who died in 1881 and was buried in Blackwater, although Dutch only learned about him from an uncle some years later.