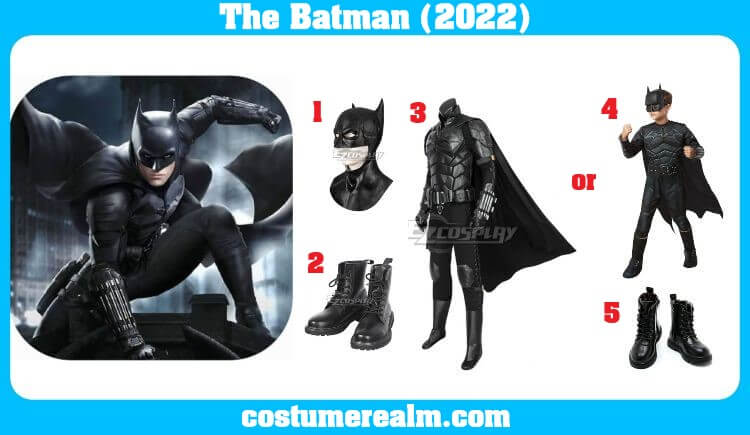 You need the following items for your Batman Halloween costume: 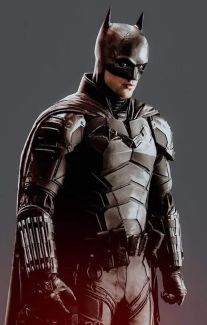 It should come as no surprise that the Batman suit is always the most important costume in any Batman film. For Robert Pattinson, his Batsuit is a blend of realism and enough comedic elements to make it look and feel like a real Batman.

His utility belt, gloves, and boots are more or less real tactical gear, while his armor, symbol, cape, and hood are fanciful, but never enough to break the realistic feel Matt Reeves was going for. Pattinson is imposing in the suit, he can move very fluidly and he has the unique detail of an icon that is also a detachable combat knife. 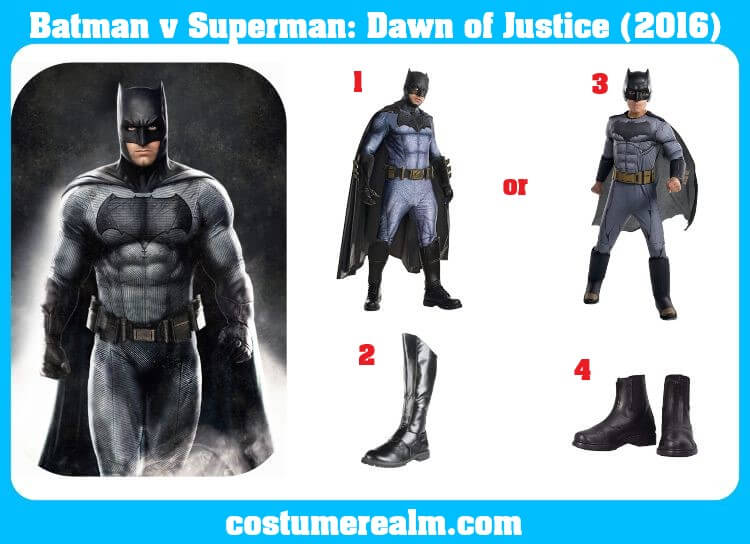 You need the following items for your Batman 2016 Halloween costume:

How To Dress Like Batman From "Batman v Superman: Dawn Of Justice" 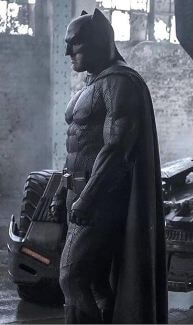 Dress like Batman from "Batman v Superman: Dawn Of Justice";

Create your own Dawn of Justice Batman costume, featured in the 2016 film Batman vs Superman, and will be a darker version of the classic Gotham Knight! The steps are simple, start with your choice of a basic Batman bodysuit and armored options and you are ready to defend humanity against the most powerful of unwanted misfits!

Primary costume items include your choice of base Batman bodysuit and armor options. Optional add-on items include the film and other merchandise. 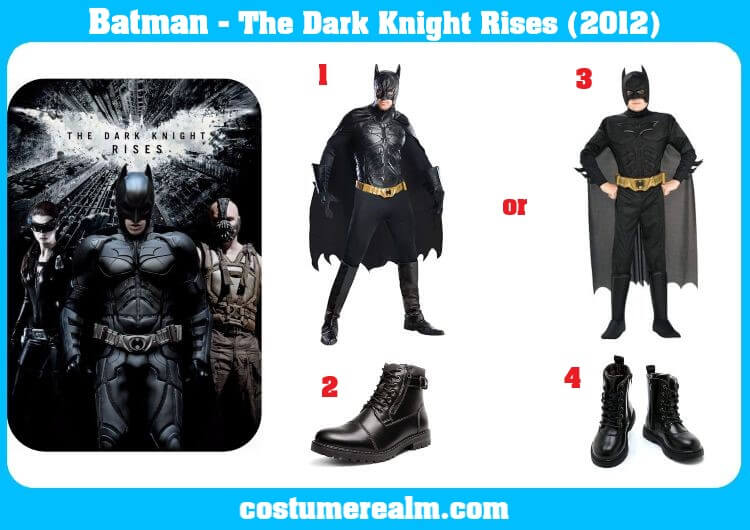 You need the following items for your Batman 2012 Halloween costume:

How To Dress Like Batman From "The Dark Knight Rises" 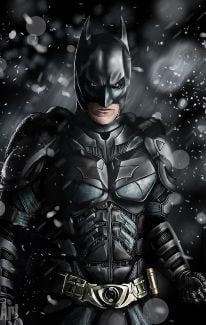 Stand out from the crowd at your next Halloween or costume party with the Batman The Dark Knight Rises costume. This set recreates the iconic look of your favorite superhero from Christopher Nolan's hit film. It's also flexible enough for you to move easily. This muscle chest costume includes armor sleeves, trousers with attached boot tops, a cape, a character mask, and a belt. This costume isn't just for Halloween. It can be worn on any themed occasion, photoshoot, or festival. Combine it with the right attitude and you're all set to be a convincing caped crusader. 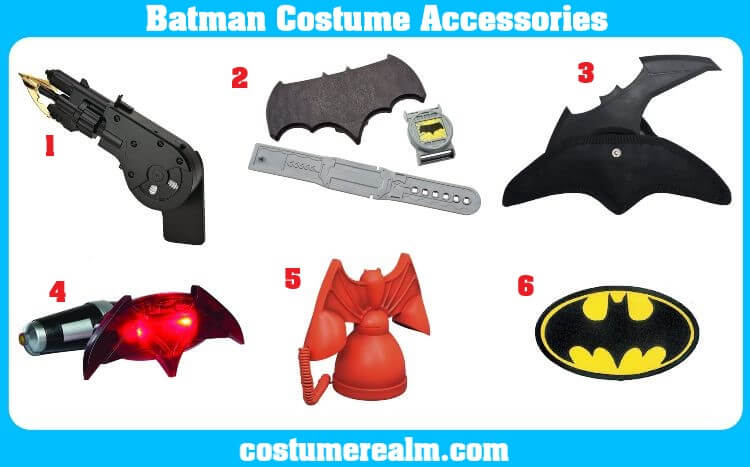 You need the following items for your Batman Halloween costume:

Batman is a superhero published by DC Comics. He works in Gotham City and serves as its protector, using the symbol of a bat to instill fear in criminals. Unlike other superheroes, Batman was often portrayed as lacking "superpowers" rather than spending a lifetime working on crime-fighting training and equipment. His secret identity is Bruce Wayne, a wealthy playboy, and philanthropist who has vowed to fight crime after witnessing the brutal murder of his parents. He has been a member of various teams including the Justice League, the Justice Society of America, and the Outsiders. Batman is also the founder and leader of various teams including the Batman Family, Batman of All Nations, and Batman Incorporated.

Co-created by artist Bob Kane and writer Bill Finger, Batman made his debut in Detective Comics in May 1939. Soon after his introduction, he quickly became a popular character, eventually finding himself a year after his first comics star earned. Publication. Over the decades, different views of the character have emerged. The late 1960s Batman television series used a camp aesthetic associated with the character for years after the show ended. Various creators worked to bring the character back to her dark roots, culminating in Frank Miller's 1986 Dark Knight series. It and the success of director Tim Burton's 1989 Batman film helped reignite public interest in the character. As a cultural icon, Batman is often considered to be one of the most recognizable and beloved superheroes of all time. It has been licensed and adapted to a variety of media, from live-action television and films to various forms of animation and video games.

Psychologically traumatized by the death of his parents, Batman has vowed to rid Gotham of the criminal elements his parents stole from him. He is extremely pessimistic and suspicious, often making it difficult for him to trust anyone other than Alfred, Commissioner Gordon, Lucius Fox, the Robins, or the Batgirls.

Despite this, Batman has proven that he has a great love for humanity, instilled in him by his parents. His father was a doctor while his mother was a crusader against child abuse. Indeed, Batman's oath of vengeance is tempered by the greater ideal of justice. He refrains from killing because he believes it doesn't make him any better than the criminals he fights.

To protect his secret identity, Batman has constructed a fake persona to use in his civilian identity. To the whole world, Bruce Wayne is a self-absorbed, irresponsible playboy and philanthropist. Only his closest allies know that this attitude is only played.