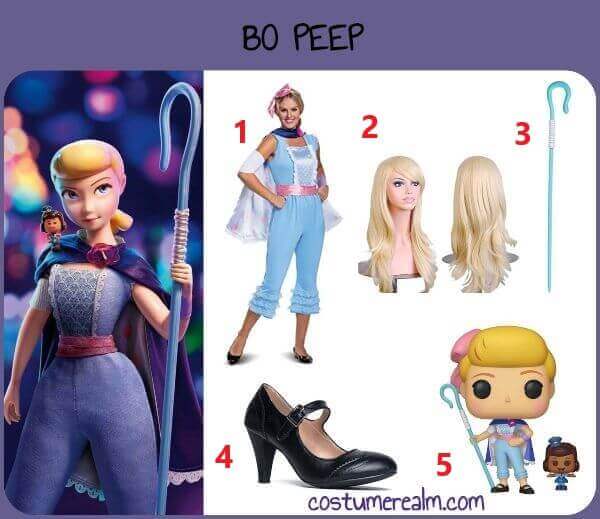 You need the following items for your Bo Peep Hallowen Costume:

How To Dress Like Bo Peep From Toy Story 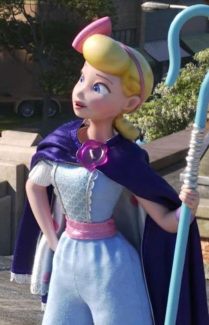 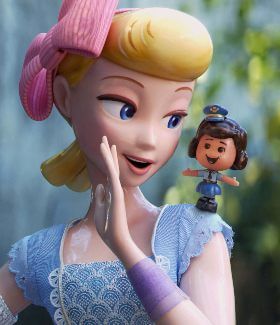 "Little" Bo Peep is a supporting character in the Toy Story series and the deuteragonist of the fourth film. She is a porcelain shepherdess and Sheriff Woody's friend in the films. Bo Peep and her sheep were originally pieces of jewelry from Molly Davis' bedside lamp.

Bo Peep is a reference to the fairy tale The Shepherdess and the Chimney Sweep by the Danish author Hans Christian Andersen. This story was also about toys in the nursery that come to life when no one is looking.
Woody's girlfriend was originally supposed to be a Barbie doll instead of Bo Peep in the first Toy Story, but Mattel refused to license the character to Disney. However, following Toy Story's success (and increasing sales for Mr. Potato Head and other featured toys), Mattel gave Disney permission to have Barbie dolls in Toy Story 2 and 3.