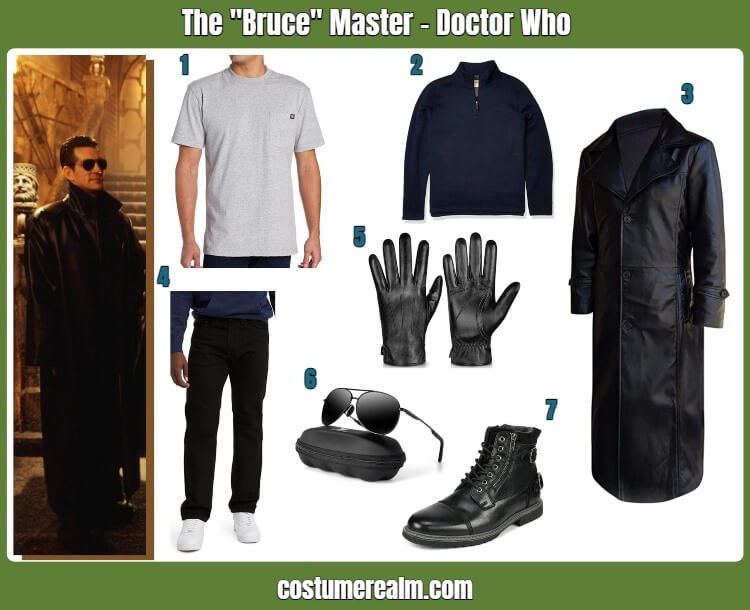 You need the following items for your Bruce The Master Halloween Costume:

How To Dress Like Bruce The Master From Doctor Who 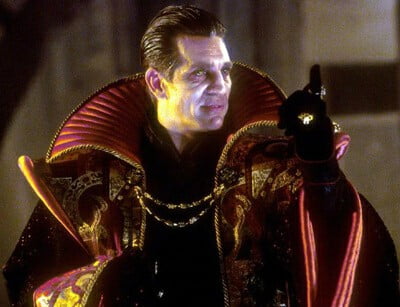 Bruce Gerhardt was a San Francisco San Francisco possessed by the master and actually killed. Bruce became a paramedic. He was once married but had divorced his wife. Shortly after, he befriends Miranda Gerhardt while helping her after a car accident. The couple was soon married.

Bruce helped transport the Seventh Doctor and Chang Lee to Walker General Hospital after the Doctor's gunshot wound. He also unknowingly took home the master in the form of a Death Worm morphant. The master prepared to possess Bruce. Bruce lay in bed snoring, the Master possessed his body, killing Bruce in the process.

One of the Master-possessed Bruce's first actions was to kill Miranda, after which he went in search of the Doctor's TARDIS and the Eye of Harmony within. After a shaky start, the Master soon came to dominate Bruce's body, which eventually began to deteriorate. He also adopted Bruce's American accent.

When the Eye of Harmony attempted to dissect Bruce's body into pure energy, the Master managed to transport the energy into free space, which the Doctor's TARDIS then hurled into the Time Vortex to protect the Doctor. The Master remained stranded in Bruce's body for many centuries, though he was re-energized and the decay that plagued him stopped.

As a result of inhabiting Bruce's body, the Master found that he now lacked the mental defenses he previously possessed and the Ravenous had no interest in consuming him.