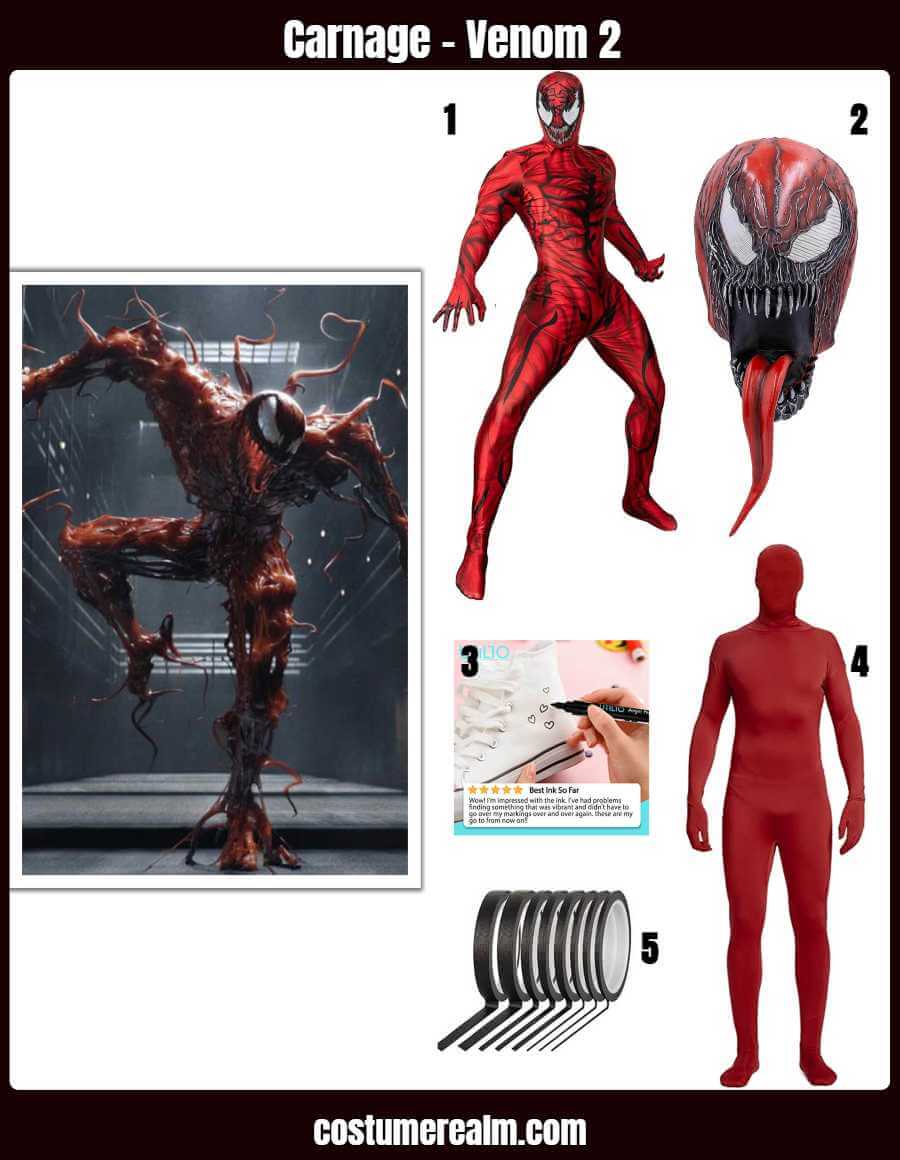 You need the following items for your Carnage Halloween Costume: (Costume Guide 1) 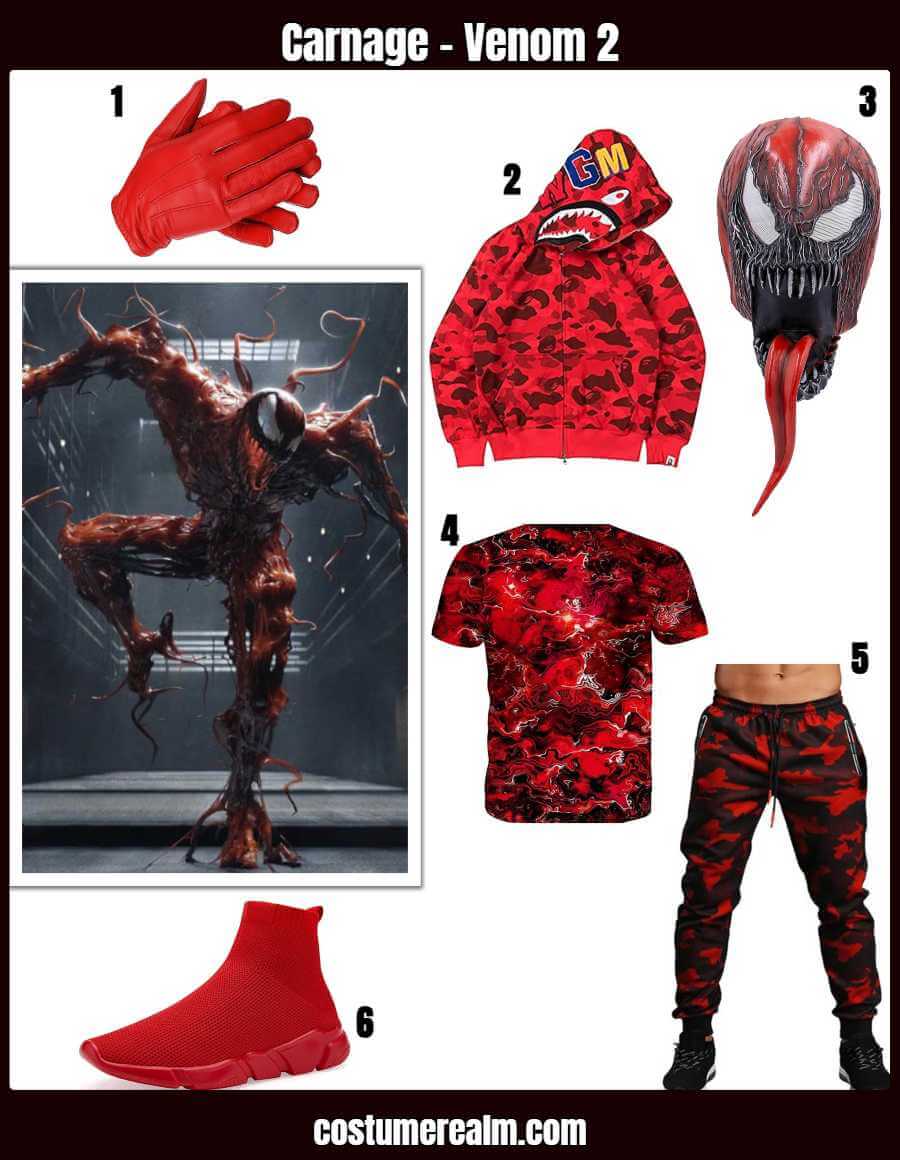 You need the following items for your Carnage Costume Other Option: (Costume Guide 2) 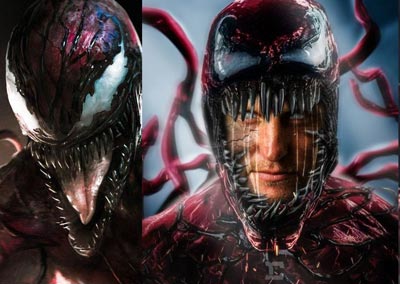 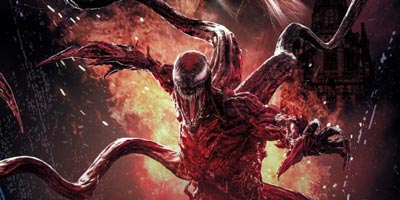 Carnage has red skin with black and white muscles on it. He also has eyes and mouth that look like a monster, like Venom. His body parts can instantly grow and be used as a deadly weapon.

Carnage was once a serial killer named Cletus Kasady. He became Carnage after merging with the offspring of the alien symbiote named "Venom" during a prison break. Cletus Kasady had a troubled childhood. He killed his grandmother by pushing her down a flight of stairs and tortured his mother's dog, Fifi.

Cletus Kasady, known as Carnage, is a recurring villain in Marvel Comics. He is one of Spider-Man's enemies and the descendant of Venom.

Cletus has bonded with the Klyntar known as Carnage, who hides in his bloodstream until a cut opens on Cletus' body, causing the symbiote to manifest and alter Cletus' form, granting him a variety of abilities.

Unlike its parent, the Carnage symbiote is both submissive and fiercely loyal to its host, to the point that it is usually little more than an extension of Cletus Kasady's body and will. However, it possesses a mind of its own and occasionally argues with Cletus when they disagree.

When the boy Kasady grew up, he killed many people. He ends up in prison where he meets Eddie Brock, a human host of a symbiotic costume. Not long after, the Venom symbiote arrives to free Brock by instigating a destructive prison break while she is pregnant. During the prison break, the Venom gave birth to its offspring, who instantly bond with Kasady, creating Carnage.