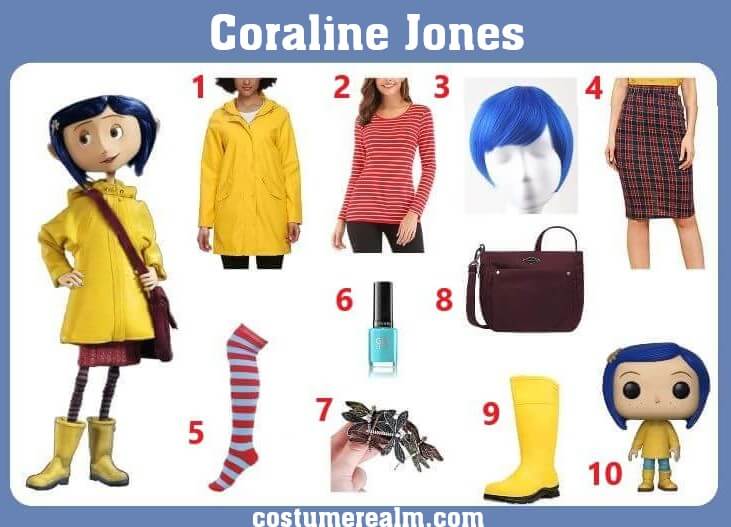 You need the following items for Coraline Jones halloween costume: 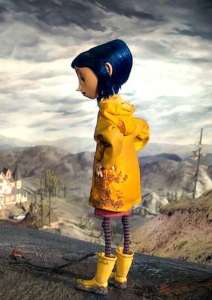 Coraline is a curious adventurer and main character of all Coraline productions. She moved with her parents from Pontiac, Michigan to the Pink Palace Apartments in Ashland, Oregon. With her parents constantly working and paying little attention to her, Coraline is incredibly bored and neglected and decides to become an explorer of her new home.

Coraline is an 11 year old kid with a great personality. She is considered a snappy, rebellious, adventurous, curious and creative girl for her age. She is also a quick thinker and funny. Coraline can be made worse by adults and people who do not take her seriously because of her young age and open-minded behavior. Her biggest problem, however, is that people who mistake it for Caroline get her name wrong. Coraline is also very skeptical of what adults say to her, especially her parents, as it is implied that she, mainly her mother, would always break her promises to her and not listen to them.