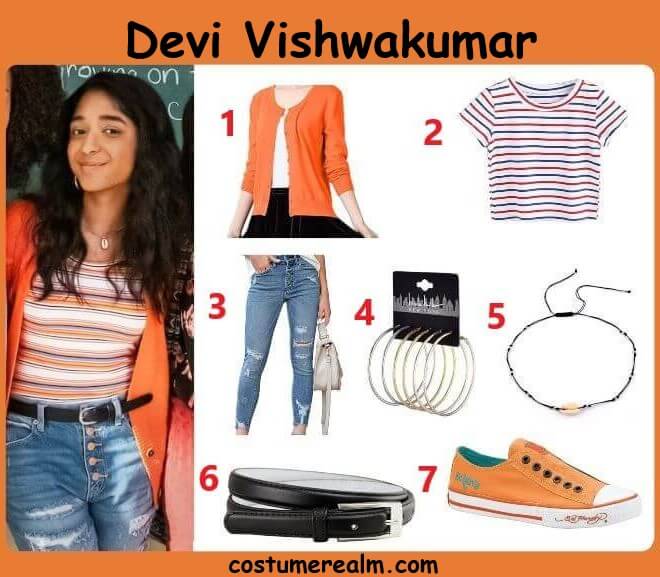 You need the following items to dress like Devi Vishwakumar:

Never Have I Ever Devi Outfits - ( Denim Overall Look) 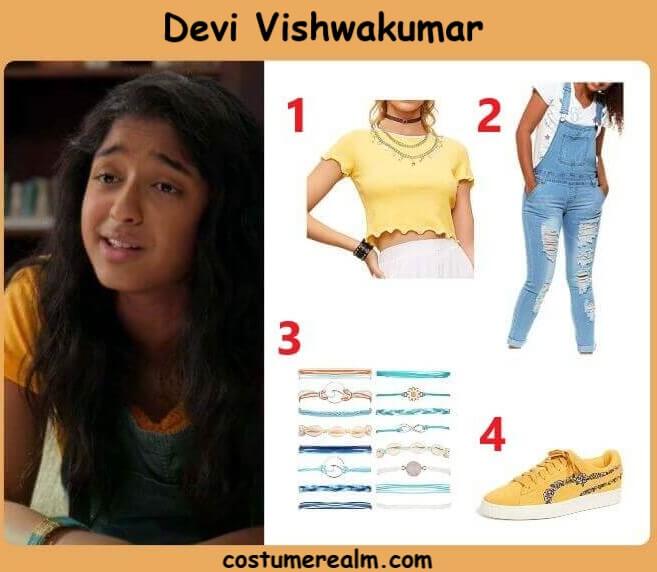 Never I Have Ever Devi Outfits - (Mustard Tank Top Look) 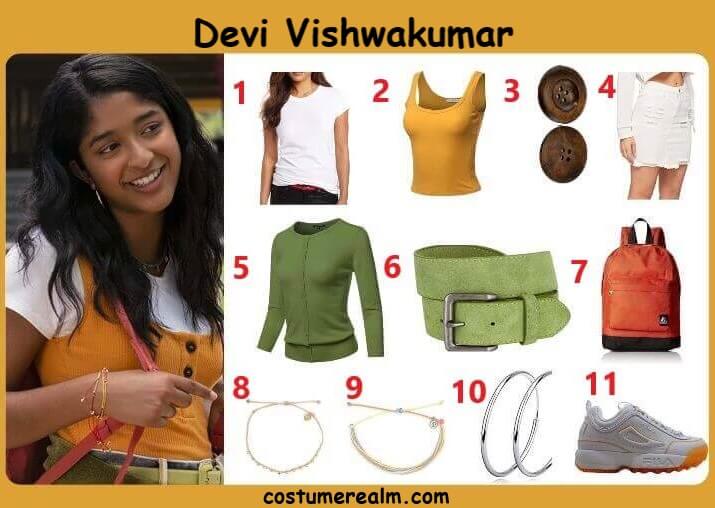 How To Dress Like Devi From Never Have I Ever 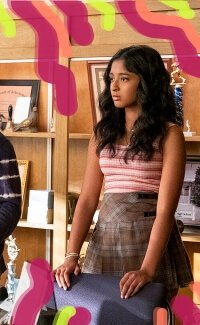 Dress like Devi from Netflix's Never Have I Ever; Devi outfits consists of orange cardigan, striped crop top, ripped jeans, hoop earrings and beaded necklace, to complete your Never Have I Ever Devi look don't forget to get black skinny belt and orange sneakers.

Never Have I Ever Devi Clothings 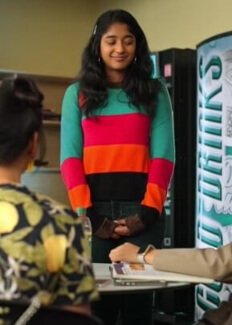 Never Have I Ever is an American comedy drama television series with Maitreyi Ramakrishnan, created by Mindy Kaling and Lang Fisher. The comedy is based in part on Kaling's real childhood story, which grew up in the Boston area. It premiered on Netflix on April 27, 2020, and is about an Indian-American student who is taking care of her father's death. The series received positive reviews.

About Devi Vishwakumar From Netflix's Never Have I Ever

Devi Vishwakumar is a crowded student with a short fuse that puts her in difficult situations. It is portrayed by Maitreyi Ramakrishnan.

On the first day of her second year, she asked her gods three things to make up for what had happened last year