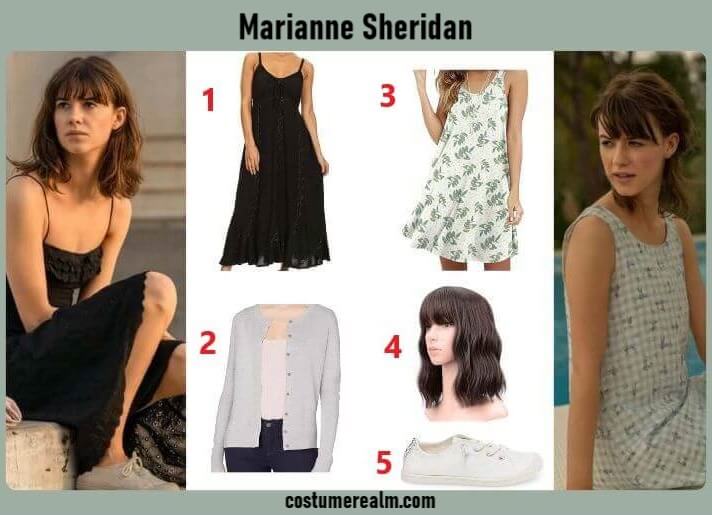 You need the following items to dress like Marianne Sheridan from Normal People: 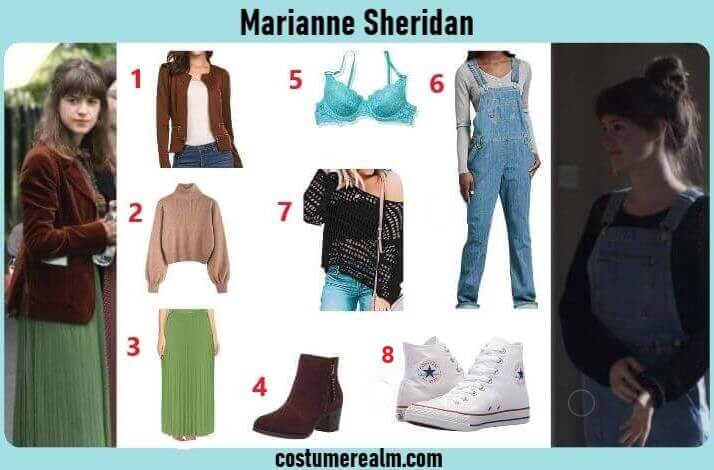 You need the following items for your Marianne Sheridan green skirt outfit:

You need the following items for your Marianne Sheridan's brown plaid trouser outfit: 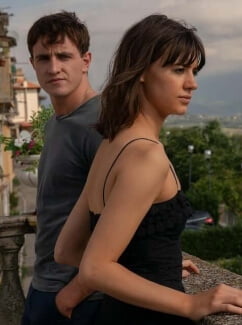 The series follows Marianne and Connell through their time at secondary school in County Sligo on the Irish Atlantic coast and later as a student at Trinity College Dublin. The focus is mainly on Connell and Marianne, who weave in and out of each other's romantic life.

Marianne is considered strange among peers in secondary school, although she refuses to take care of social status.

About Marianne From Normal People

Marianne Sheridan is a student from a wealthy family who is hardworking, open and therefore unpopular. She begins a relationship with Connell that he wants to keep secret. She also attends Trinity College and studies history and politics. She is portrayed by British actress Daisy Edgar-Jones.