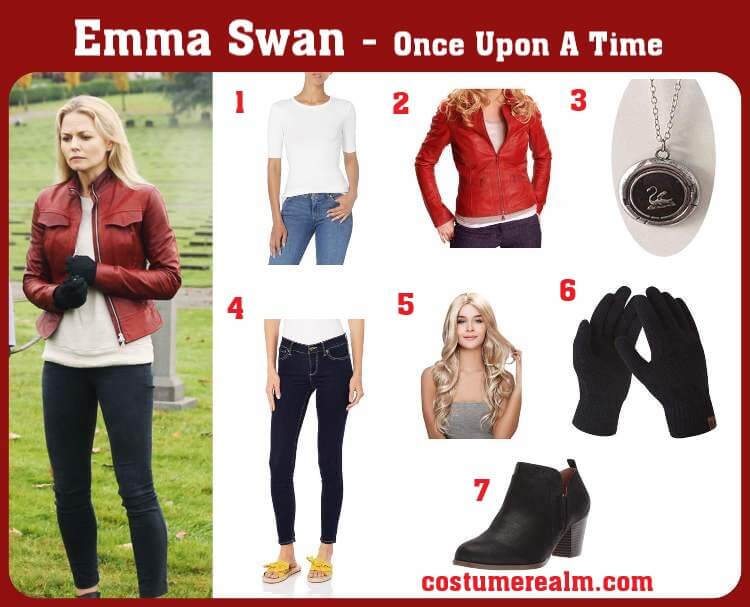 You need the following items for your Emma Swan costume:

Dress Like Emma Swan From Once Upon A Time 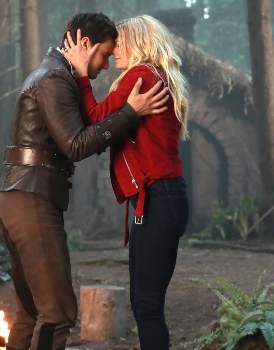 Dress like Emma Swan from Once Upon A Time;

Emma Swan Outfit: Emma Swan's most iconic piece of the outfit is her red leather jacket. You can use a red leather jacket or get a brand new one which you can wear in your daily life too. You also need black ankle boots and slim-fit jeans.

Emma Swan Hair: Emma has perfect blonde long hair. If you are not a blondie you can use a wig. 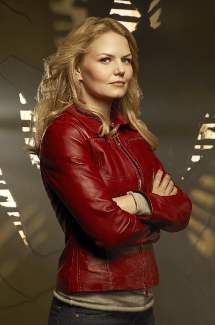 After Snow White and Prince Charming put their little daughter Emma in a magical wardrobe, she transports her to earth and escapes the dark curse. As a child, Emma tells the story of The Ugly Duckling by Pinocchio, who accompanied her from the enchanted forest that begins under the name of August Booth. Emma also makes a surname, Swan, based on the story Pinocchio told her. She eventually grows up with a few foster parents, including a woman named Ingrid, but as a teenager, she turns to a life of crime and eventually meets and falls in love with a thief, Neal Cassidy. The two plan to return from the crime and spend the rest of their lives together, but when Neal is confronted with August Booth, he betrays Emma and she goes to jail where she discovers she is pregnant. She decides to put her young son up for adoption and decides that she cannot be a mother. After serving her sentence, Emma is released on bail in Boston.