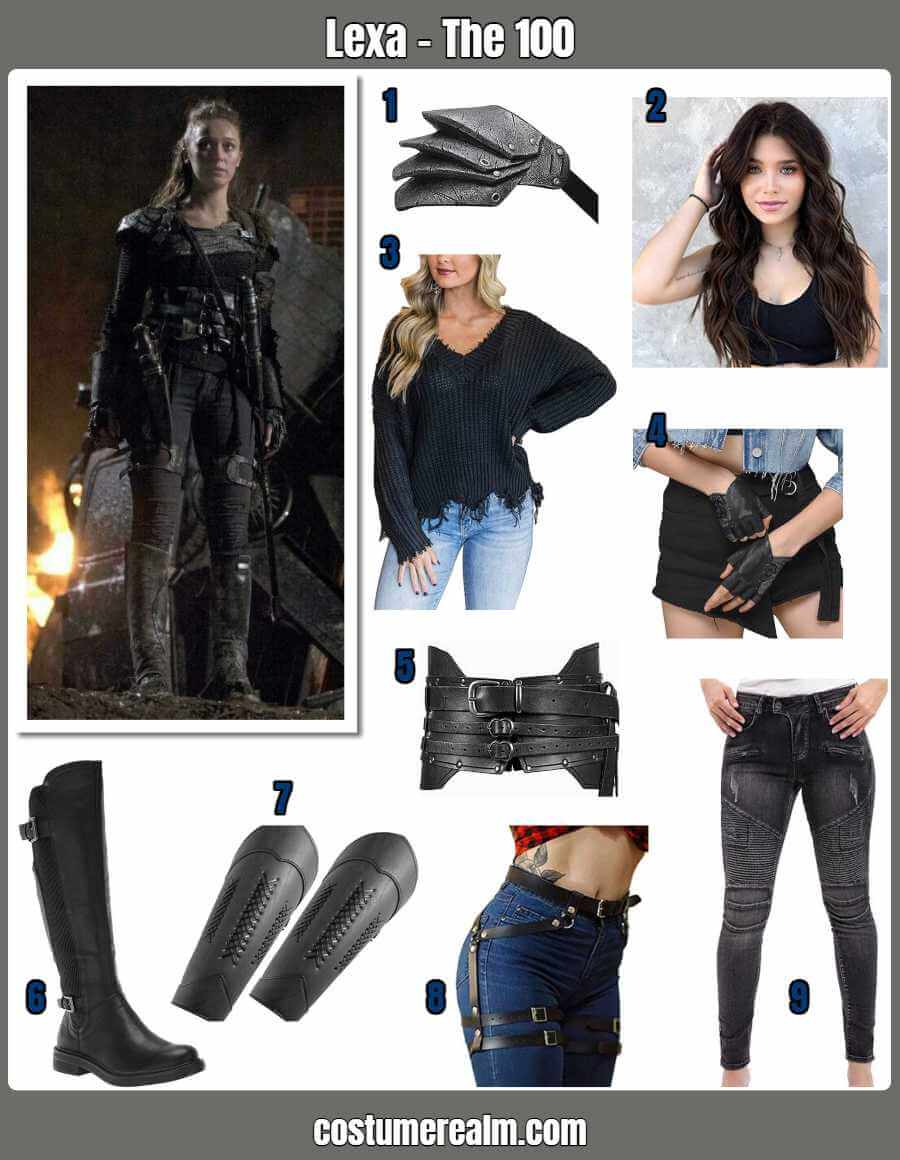 You need the following items for your Lexa Halloween Costume: 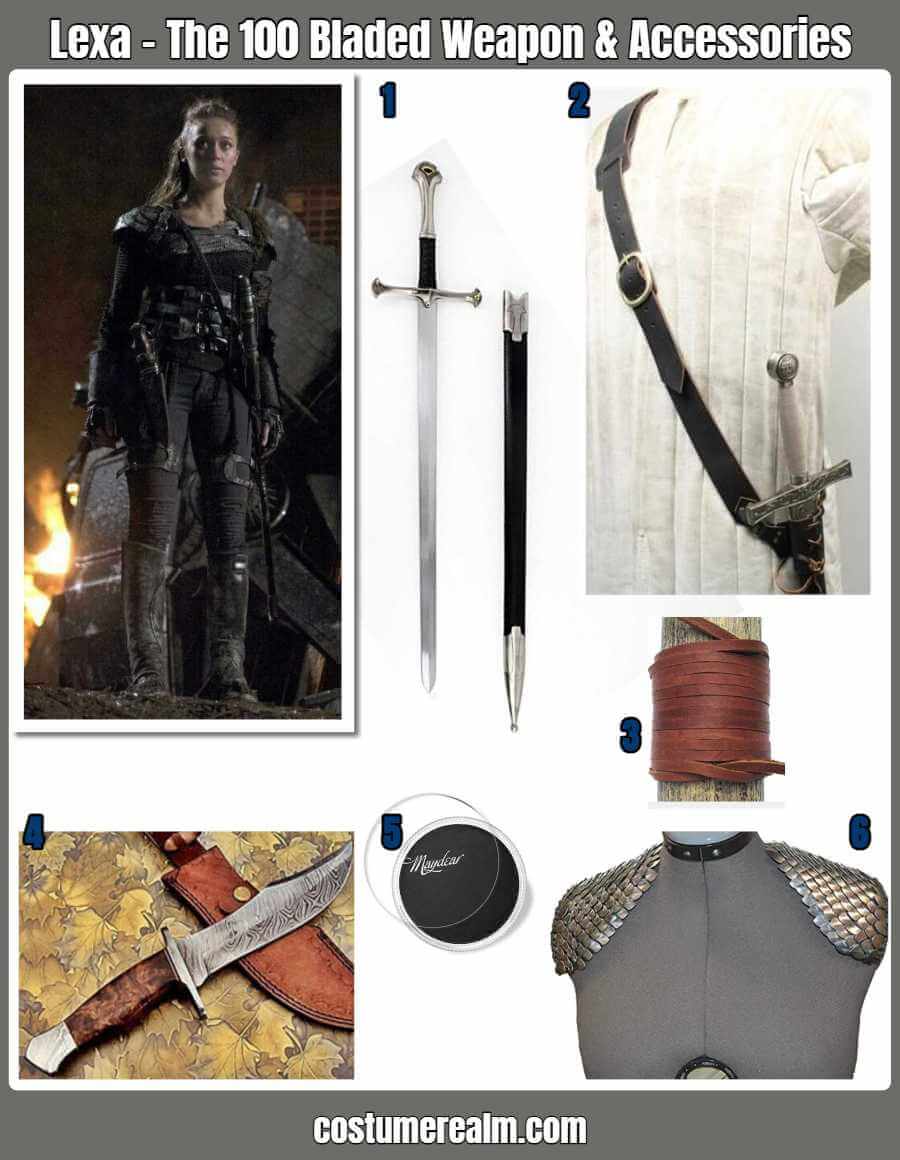 You need the following items completed for your Lexa Costume Bladed Weapon & Accessories:

Other The 100 Costume Ideas 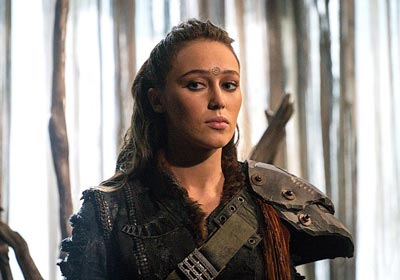 Lexa is very thin and petite, with a high forehead, full lips, lightly tanned skin, green eyes, and a youthful face. She also has long, wavy brown hair that she usually wears in pigtails. Lexa wears tribal face paint on the battlefield or on ceremonial occasions but is otherwise seen without it. She is rarely seen without the commander's emblem on her forehead.

Lexa is respected as a powerful leader of the Grounders. Regarded as a visionary, she has a deep desire to do what is best for her people, even if it means going against their traditions.

She has shown her willingness to seek peaceful solutions and work with her enemies, such as welcoming the Ice Nation into her coalition or showing mercy to the Sky People in hopes of forming an alliance.

Lexa has a stoic and rather cynical personality; she often appears distant and listless, with rare outbursts of anger when provoked. She believes that to be a good leader, she must not let emotions sway her judgment. Among the Grounders, her willingness to make difficult decisions has earned her a reputation for ruthlessness.

After being tortured and killed by the Ice Nation for information about her, Costia, the woman who loved Lexa, chose to emotionally detach from people, believing love was a weakness she could not afford.

Raised to lead her people since childhood, Lexa is not shy about her role and responsibility. She has a strong sense of duty and is loyal to her people. As a leader, Lexa is willing to do anything to ensure the safety of her people. Not above betraying her allies for the good of her people, she makes deals with Clarke and Roan to do so.

Despite her emotional detachment, Lexa has a soft spot for a select few, like the Night blood children she trains. If she's among those she trusts, she's willing to show a more vulnerable side. She is shown to care deeply for the people she loves, valuing their opinion and putting their welfare above her own.

Her love for Clarke, for example, extends so much to Clarke's people that Lexa made the young Night bloods pledge their allegiance to the Thirteenth Clan should they become commanders.

Not only did Lexa have a violent childhood where she was expected to fight to the death, but she also carries a lot of self-loathing due to the death of Costia and her betrayal of Clarke. These experiences result in her having a very low self-image.

Lexa sees herself as expendable despite being the commander of 12 clans and doesn't seem to understand why Clarke is so adamant that she not die. Even for a great warrior, she was always willing to accept death in dangerous situations.

Lexa's biggest regret is betraying Clarke in the Mount Weather War. Her relationship with Clarke reinforces her belief that life should be about more than survival and eventually sees love as a weakness.