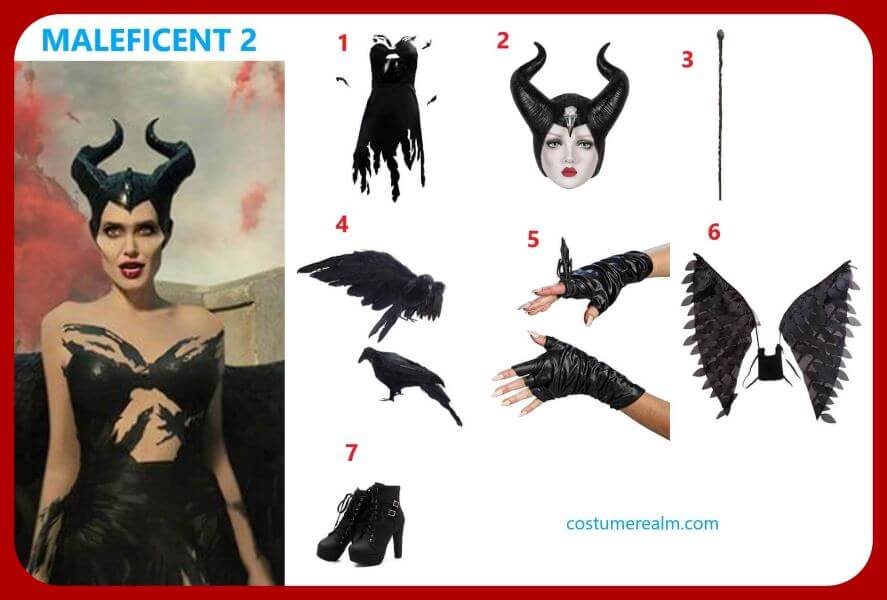 You need the following items for your Maleficent 2 Halloween costume: 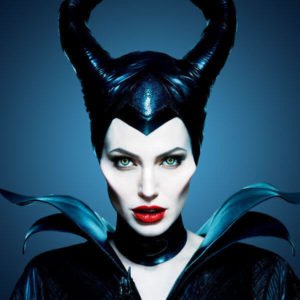 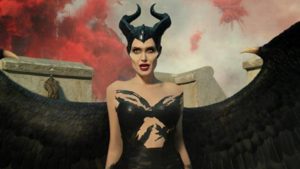 Dress Like Maleficent 2
Maleficent: Mistress of Evil is an upcoming American epic dark fantasy movie released October 18, 2019. As the official sequel to Maleficent, Angelina Jolie will play the eponymous title role with Elle Fanning. Main difference from regular Maleficent costume is the dress of Maleficent and. In Maleficent 2 we see her in a ripped black dress and she doesnt wear a choker.

Maleficent is a tall, slender, fair green-skinned (1959 sleeping beauty) woman  with a narrow face and a protruding chin. Her high demeanor is such that she dwarfs the entire cast, as evidenced by her debut scene. King Stefan can only be at eye level with her on the steps of the throne. She also has yellow eyes and black horns, which is a symbol of her dark magic. She wears a black-and-purple robe with bat-winged edges, under her robe she wears a dress with the same color palette, but with some red instead of purple, and a gold ring with a big mysterious round black stone in it. Both the horned headdress and the bat-winged robe represent their dragon form and let them guess. She wears a staff with a bright green ball at the top, through which she casts her spells. 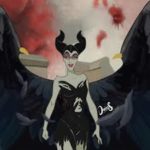