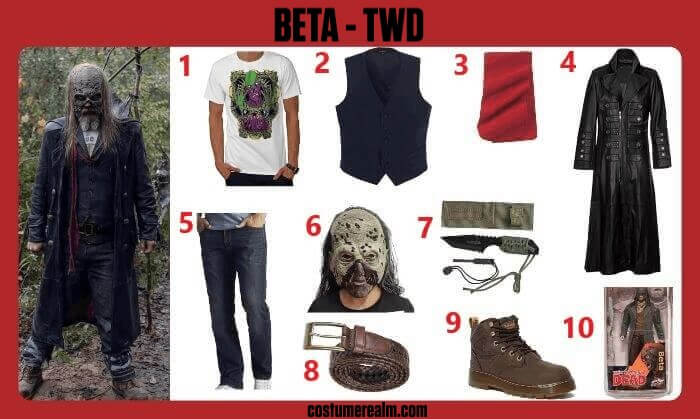 You need the following items for your Beta Halloween costume:

How To Dress Like Beta From The Walking Dead 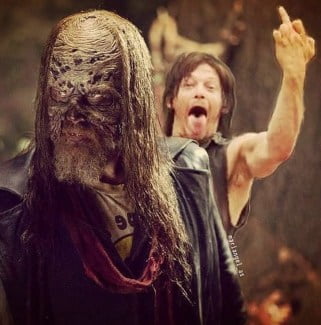 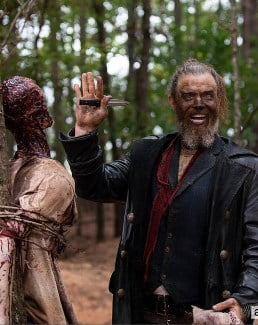 Beta, formerly known by the stage name "Half Moon", is a main character and an antagonist, as well as a survivor of the outbreak in AMC's The Walking Dead. He was the representative of the whisperer and the right man from "Alpha". After her death, he became the group's de facto leader. He serves as a secondary antagonist for the second half of season 9 and the entire season 10.

Beta is a brutal, antisocial, and highly analytical man, and he is committed to the lifestyle of Whisperers. Before joining the Whisperers, Beta was a completely different person, he is shown as a lone wolf who is a mentally unstable person that gone crazy after the death of his best friend. It is shown that he protects his identity so much that he even murders a whisperer because he recognized him as a celebrity before the apocalypse.

This shows that beta, like Alpha and the majority of the Whisperers, has completely lost the identity and life it once had and has fully adapted to post-apocalyptic hell. He even seems to hate the person he used to be and desperately wants to escape his past.

About Beta From The Walking Dead

Beta shows full loyalty to the leader of the pack, Alpha, he follows her orders without question and fully respects the decisions she makes.

Despite his loyalty to Alpha, Beta is far from being a complete yes man and will occasionally voice any disagreements he has with her, though he usually does what he was told regardless of his opinion on the subject.