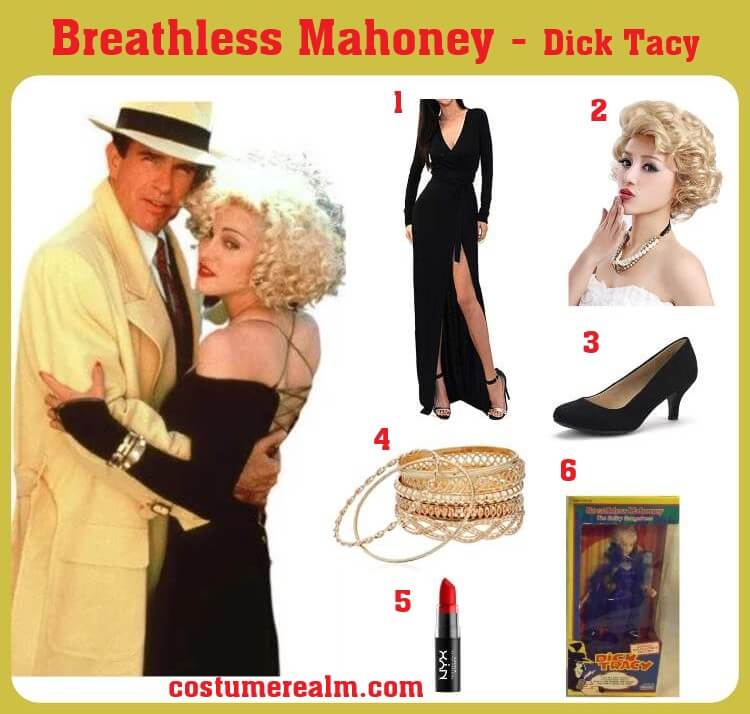 You need the following items for your Breathless Mahoney Halloween costume: 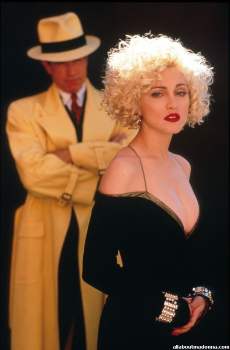 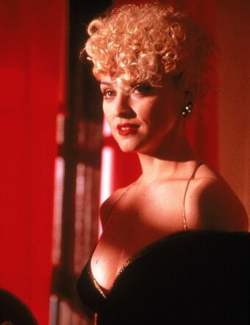 In the 1990 Dick Tracy film, Breathless was the lounge singer at "Club Ritz" and the girlfriend of gangster Lips Manlis. She was played by the popular singer and actress Madonna.

To what extent Breathless found out about Lips' illegal activities is unclear. After some of the Lips men were killed by Flattop and Itchy, Lips' former subordinate Big Boy had Caprice Lips and Breathless kidnapped from the Ritz Club. Big Boy killed Lips in the South Side Warehouse after forcibly getting Lips to sign him the club. Lips' territory was now Big Boy's, and he also claimed to be breathless.

Breathless Mahoney is a fictional character from the American comic book Dick Tracy, which was created by Chester Gould. She first appeared on the Strip in 1945 and was apparently killed in 1946.

The character became world-famous in the 1990 film Dick Tracy as a vicious nightclub singer for singer/actress Madonna. The character's glamorous outfits, extensively described in the press, sparked a brief fad for 1940s fashion.

Breathless is often described as similar to Marilyn Monroe, but this is largely due to her appearance and portrayal in the film. In the original comic, she was more like Veronica Lake or Lauren Bacall.