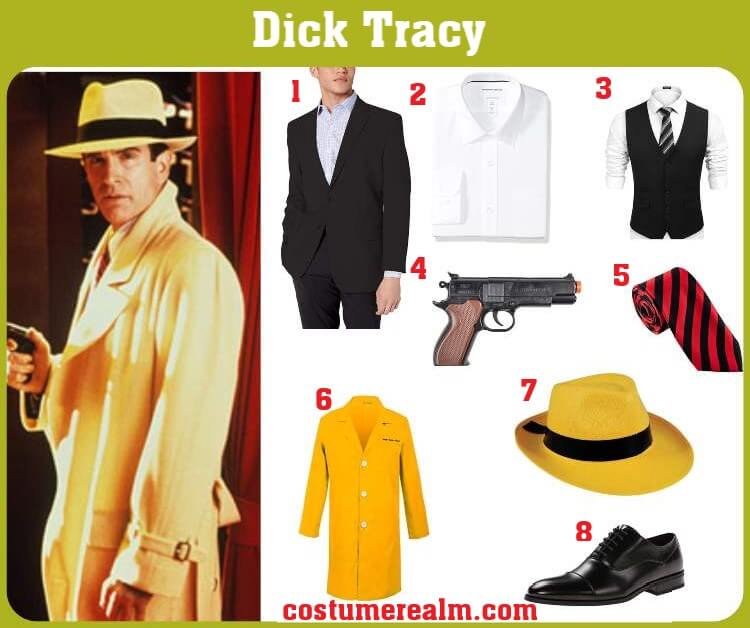 You need the following items for your Dick Tracy Halloween costume: 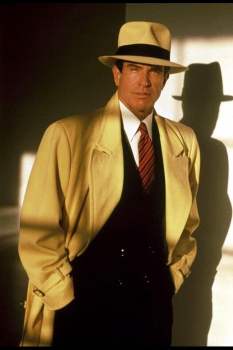 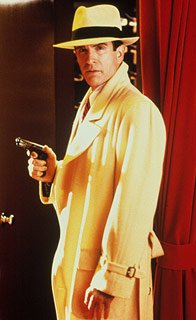 Tracy is the best decorated cop in America and is known for killing most of the criminals on duty. He's a celebrity and probably the most famous police officer in the country. He is just as well known as Elliot Ness or J. Edgar Hoover. Hence, the events in personal life are often the subject of national news. It has inspired at least one feature film and also as the singer's popular theme song.

Tracy had an antagonistic relationship with reporter Wendy Wichel, who Tracy often accused of police brutality and excessive violence. Tracy respects Wichel's First Amendment rights, but disagrees with her assessment of his tactics.

In 1994, Tracy was awarded the US Medal of Freedom for his collaboration with the FBI in preventing terrorist attacks organized by criminal Pig E. Bank. However, Tracy was not in attendance to receive his award.

Dick Tracy was born in 1909. His birthday was identified as September 24th.

Dick Tracy grew up in a small town called Baxterville. As a boy, Tracy worked in his father's kennel. During his first three years in high school, he only dated one young woman named Betsy Deare. Betsy broke up with Dick in her senior year because she wanted to get married immediately after graduation, and Tracy shared that goal.

As a young man, Tracy attended an unspecified college where he also learned the Russian language. His language skills later helped him in his service as a naval intelligence officer.