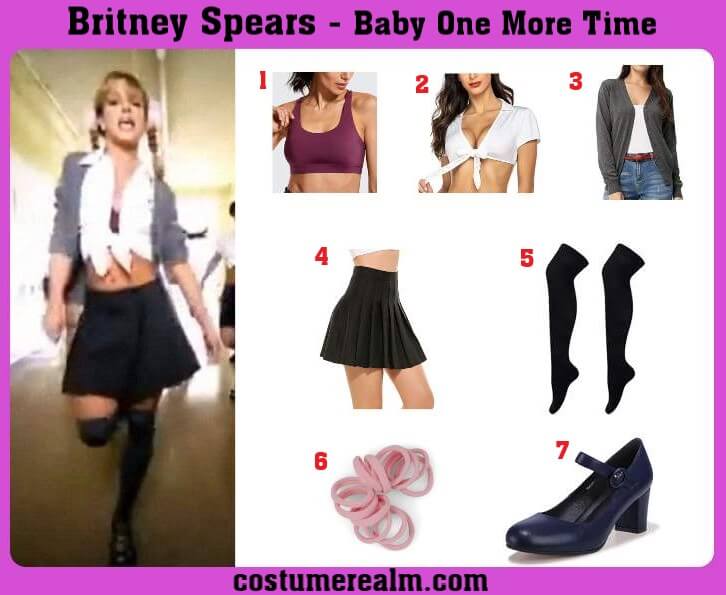 You need the following items for your Britney Spears from Baby One More Time video clip Halloween costume: 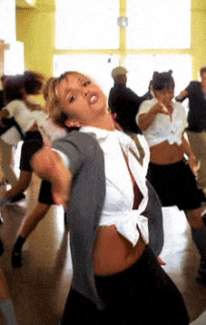 Britney Spears Outfit: In the Baby One More Time video clip Britney Spears is dressed up as a sexy schoolgirl. She wears a crop top shirt with a visible bra ( or crop top tank top), a black school skirt, and a grey cardigan. 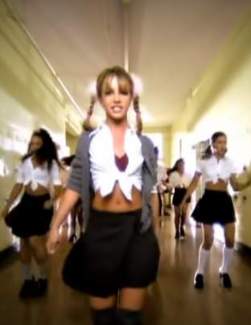 Baby One More Time is Britney Spears' debut studio album. The album was released in 1999 when Britney was 17 years old.

Spears became a pop phenomenon with the release of the lead single "... Baby One More Time". The single reached first place on the Billboard Hot 100, an achievement Spears would not repeat for another ten years in October 2008 when her single, "Womanizer", reached first place on the chart. Every single released in the UK made it into the Top 5 on the UK Singles Chart and Top 3 on the Eurochart Hot 100.

Described as a pop artist, Spears explores the genre in terms of dance pop in general. After her debut, she was credited with influencing the revival of teen pop in the late 1990s. Rolling Stone's Rob Sheffield wrote: "Spears continues the classic archetype of the rock and roll teen queen, the dungarees doll, the little angel who only has to do one scene." In a review of ... Baby One More Time, Stephen Thomas Erlewine of AllMusic described her music as "a mix of infectious, rap-influenced dance-pop and gentle ballad". Oops! ... I did it again when Spears worked with multiple R&B producers to create "a combination of chewing gum, urban soul, and raga". Her third studio album, Britney, came from the teen pop niche "rhythmic and melodic" but was described as "sharper, harder than before" and encompassed genres such as R&B, disco, and funk.