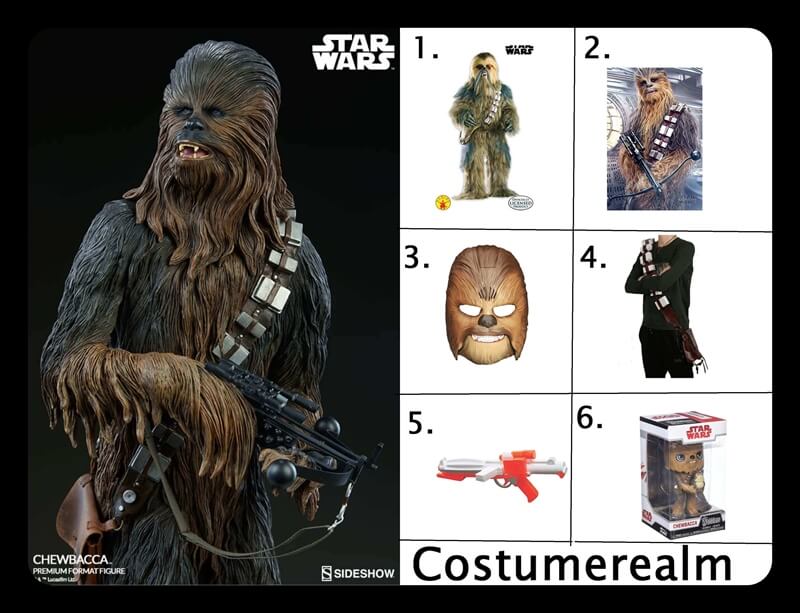 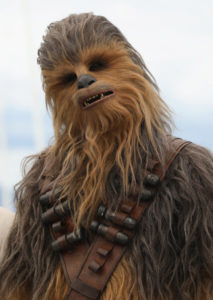 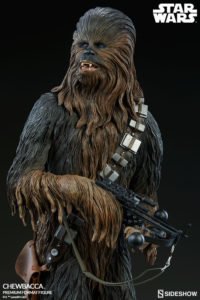 Chewbacca, known affectionately to his friends as Chewie, was a Wookiee warrior, smuggler, and resistance fighter who fought in the Clone Wars, the Galactic Civil War, and the conflict between the First Order and the Resistance. He hailed from the planet Kashyyyk and became a Wookiee military leader. During the Clone Wars, he was captured by Trandoshan slavers and held captive on Wasskah, but he worked with a fellow captive, Jedi Commander Ahsoka Tano, to escape. He later commanded Wookiee forces during the Battle of Kashyyyk alongside the Grand Army of the Republic, led by Jedi Master Yoda. During the battle, one of the last ones of the war, Yoda's clone troopers received Order 66 from Supreme Chancellor Palpatine and, with the help of Chewbacca, Yoda escaped Kashyyyk and the destruction of the Jedi Order.

In the years that followed, during the rule of the Galactic Empire, Chewbacca became a smuggler and the co-pilot of Captain Han Solo aboard the Millennium Falcon. They worked in the employ of crime lord Jabba Desilijic Tiure until Solo was forced to dump a shipment of spice to avoid trouble with the Empire, at which point a bounty was placed on their heads. Soon thereafter, Chewbacca and Solo were hired by Jedi Master Obi-Wan Kenobi to ferry him, Luke Skywalker, C-3PO, and R2-D2 to Alderaan on a mission vital to the survival of the Alliance to Restore the Republic. After finding Alderaan was destroyed, the group was brought aboard the Death Star, where they helped Princess Leia Organa escape from captivity and return to the Rebel base on Yavin 4. Though Chewbacca and Solo initially chose to leave Yavin 4 and not join the Rebellion, they ended up fighting in the Battle of Yavin and were instrumental in Skywalker's destruction of the Death Star, a major victory for the Rebellion.