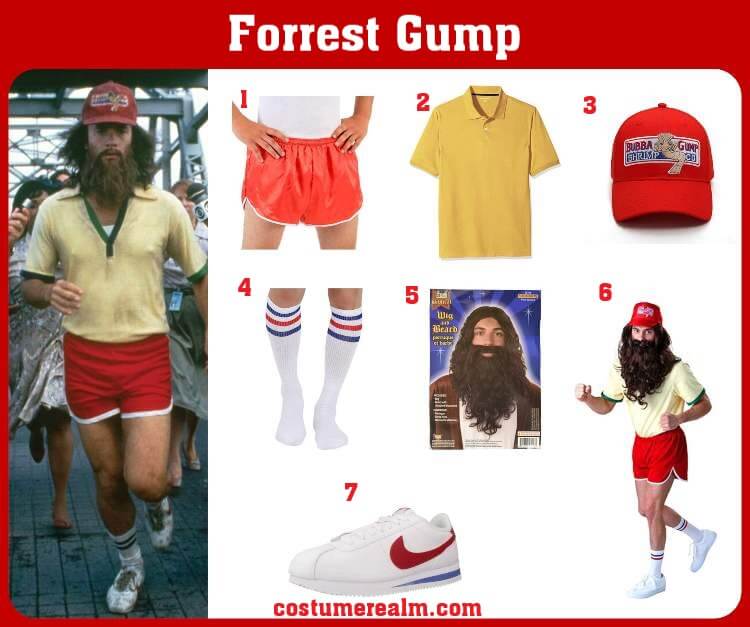 You need the following items for your Forrest Gump Halloween costume: 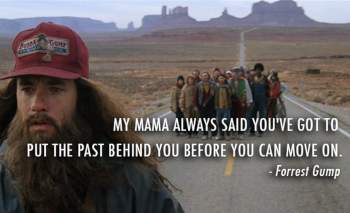 Forrest Gump Running Costume: There are a lot of options for this Halloween, however, Forrest Gump was, is, and will be an epic, affordable, and loveable option for everyone, in the end, everyone loves Forrest Gump. You need red running shorts, a yellow polo shirt, a Babba Gump cap, and running shoes, You can also get ready Forrest Gump costume if you don't have time. 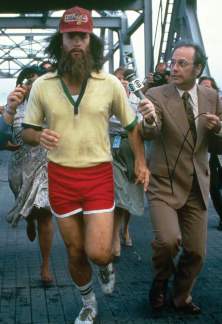 Forrest's newfound loneliness leads him to run "for no particular reason". First, he decides to run to the end of the street, second, across town, third, across the county, fourth to the Mississippi border. Eventually, he crossed the country several times over a period of three years. Forrest attracts media coverage and eventually, dozens of followers initiate and inspire the jogging mania from 1978 to 1979. During the run, he inspires a bumper sticker salesman with the phrase "Shit Happens" after stepping on a pile of dog poop. He also uses a yellow t-shirt provided by a designer to wipe his face after being splashed with mud. He forms the iconic "smiley face" and asks the man "have a nice day". One day, while walking in the woods in the western United States, he decides that he is tired and stops. He immediately turns and walks back to Alabama. His supporters are stunned by his sudden decision. Meanwhile, Jenny has taken a job as a waitress in Savannah, Georgia, and watches television coverage of Forrest's run.