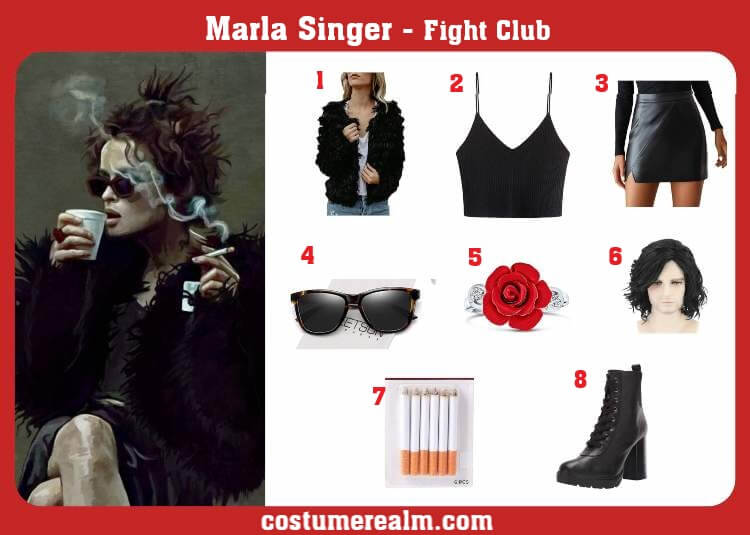 You need the following items for your Marla Singer from Fight Club costume:

How To Dress Like Marla Singer From Fight Club 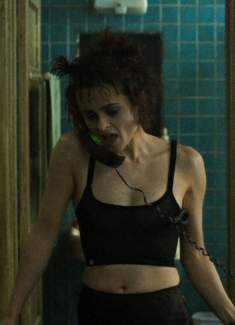 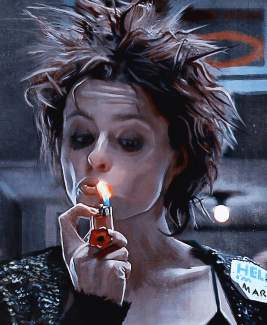 All of Helena Bonham Carter's costumes come from a mixture of sources. “Some made to order, others found in thrift and vintage stores and 'reinvented' and 'disturbed'. Nothing was new except for a jacket from my friend Rick Owens (American fashion designer), who was still living in Hollywood at the time. “Marla didn't necessarily exist on the site like that; In fact, Bonham Carter struggled to find her character at first. Kaplan continues: “Shortly after Helena was cast as Marla, she called me from London. “I need your help - who the hell is this Marla Singer? I have no idea! "A little surprised, having never met Miss Merchant-Ivory, my answer, I believe, was Judy Garland for the Millennium." Anyway, it kind of stuck - David Fincher called her Judy during the shoot. "

Marla tries to be all doom and gloom when in reality she is looking for an excuse to be happy. As she begins her sexual relationship with Tyler Durden, soft shapes and soft colors creep into her rotation; She really loves this $ 1 bridesmaid dress, even if it looks like a fluffy pink resuscitated corpse. Marla likes to be pretty, which signals that she is letting go of her vigilance, which, after being snubbed by Tyler / The Narrator, immediately strikes back. Michael Kaplan describes the used bridesmaid dress as "pink chiffon and seed pearls ... falling apart", but something that Marla "recognizes and saves".

Her only other notable use of color comes before the bridesmaid's costume, a blue sequin dress worn with matching eye shadow while she turns and ponders her "death rattle". It seems like a conscious choice, one of the most unusual colors in the animal kingdom that reflects the unique Marla. Kaplan is of the opinion that the focus is more on the application: “I just found it a beautiful color with Helena's pale Dresden skin and dark hair. The sequins were the thing; they paid homage to Judy and her costumes for later stage appearances. “This dress suggests the kitschy, apparently unconventional bridesmaid dress. Deep down, Marla feels like reliving a past life.